As Turkey’s democracy strengthens by the day 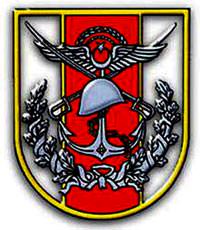 Turkey’s Armed Forces is preparing to hand over Presidential, Prime Ministry and Assembly archives that were confiscated during the 1960 and 1980 coups.

The archives, which will be returned to their related departments by September 12th, 2012, include documents on the events that transpired in 1915 and the Dersim incident.


Turkey's Armed Forces has begun the process of returning all documents confiscated by the military during the May 27th, 1960 and the September 12th, 1980 coups to their respective civilian departments, where the archives were initially taken from. During both coups, thousands of documents, photographs and footage were taken from the Presidential, Prime Ministry and Assembly archives and were transferred to the General Staff archives.

Classification of the archive documents in order to determine which state department they will be returned to began one month ago by order of Chief of General Staff Necdet Özel. The process is expected to take until the end of summer and the documents to be returned to their relative departments by September 12th, 2012. In addition to documents regarding the two coups, there supposedly is also information on the Dersim and 1915 incidents. Once the General Staff has handed over the documents, they will be reorganizing their archives and transferring them to a digital environment.

With the return of the archives, light will be shed on what transpired during that time in the Prime Ministry, Presidency and Turkey's Grand National Assembly. A 'Coup Commission' will be designated in the Grand National Assembly by order of Prime Minister Tayyip Erdogan to investigate the confiscated documents upon their return. In the upcoming days, the AK Party Group will also be presenting a proposal to the Assembly to form a commission with representatives from every party, which will research the rights infringements and damages incurred by victims of the coup.

Supposedly there are a high number of documents and photographs from the Dersim and 1915 incidents included in the archives that will be returned. Once the archives are returned, the majority of which will be brought to the Presidential Palace, historians and researchers will be able to access the documents.

Once the General Staff has sorted through the documents confiscated during the coup and has returned them to their related departments, they will then embark upon renewing their own archives. The Military History and Strategic Studies (ATASE) Department will be reclassifying all archived documents and photographs. The archives will take approximately two years to be completed and by 2014 all researchers will be able to benefit from the state archives.