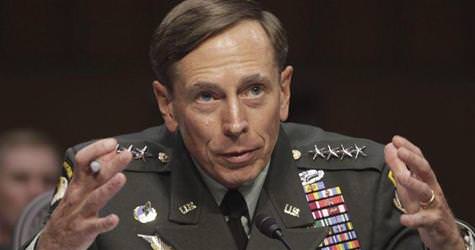 Prime Minister Tayyip Erdoğan hosted a very special surprise guest yesterday, one that had not been included in the Prime Ministry’s official schedule.

Erdoğan held an approximately one and a half hour meeting with CIA Director David Petraeus, who had arrived to Ankara the day prior. Joining the meeting was MİT Undersecretary Hakan Fidan and US Director of National Intelligence James Clapper. According to an announcement released by the U.S. Embassy, "During the meeting; regional issues, the fight against the PKK terrorist organization and relations between the two nations' intelligence agencies were the main items discussed." At the close of the meeting, Petraeus departed the Prime Ministry however, MİT Undersecretary Fidan remained to speak with Prime Minister Erdoğan a bit longer to evaluate the situation. Erdoğan also discussed the issue of Syria with Petraeus, as well as the PKK, the tripartite intelligence mechanism and the rising sectarian tension in Iraq.
This visit, which coincided with the intensifying conflict in Syria, was considered to be a critical one. According to the information obtained, during the meeting with Petraeus, Erdoğan mentioned his concerns due to the events transpiring in Syria. Erdoğan warned that should the instability in Syria intensify, a potential living space will be made available for organizations, especially the PKK. Erdoğan underlined the successful functioning of the USA-Turkey-Iraq tripartite mechanism and warned of potential crisis that could develop in the region due to the sectarian strife in Iraq.
This is a translation of an article originally written by Yahya Bostan.