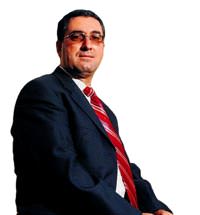 Turkey was included in a report released by the U.S. Commission on International Religious Freedom as one of 16 nations considered to be ‘countries of particular concern’.

The reports cites Turkey for "systematic and egregarious limitations" on religious freedom. According to the panel Turkey has interfered in the reopening of the Halki theological school as well as in the nomination of an Armenian Patriarch. The report also brings up the ongoing case involving the Mor Gabrial Monastery in Mardin and the situation surrounding Barış Görmez a Jehovah's Witness who as a conscientious objector refrained from serving his military duty.

Armenian Patriarchate Ecumenical Assembly Speaker Priest Tatul Anuşyan responded to the report by saying he perceived it to be a result of slander policy and stated that everyone in Turkey freely expresses their views.

"Our religious liberties could be debated, however the initiatives taken are real," states the Armenian Archpriest, who goes on to say, "The life we live in Turkey has almost no correlation to the lifestyles in the other 15 nations noted in the report."

Kuryakos Ergün the Chairman of the Assyrian Mor Gabriel Monastery Foundation brought up the importance of being able to express their views to the Constitutional Commission and stated, "These are positive developments for Turkey."