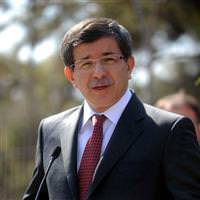 Ankara reacted harshly to Turkey being added to a list of “countries of particular concern” in a United States Commission on International Religious Freedom (USCIRF) report.

The Turkish Foreign Ministry released an announcement in response to the USCRIF report on religious freedoms which groups Turkey on a watch list for religious freedom.
"No impartial observer could take allegations in this report, which intentionally turns a blind eye to the steps forward and the political will that has constituted the basis for the reforms, seriously," the statement said, adding that "this report is null and void for us."
The Foreign Ministry announcement also states that the report was prepared by politicians representing a variety of interest groups and it contradicts the reports prepared by the United States Department of State on 'religious freedoms' and 'human rights'.
The United States Commission on International Religious Freedom report also listed Tajikistan, Myanmar, North Korea, Egypt, Eritrea, Iran, Iraq, Nigeria, Pakistan, China, Saudi Arabia, Sudan, Turkmenistan, Uzbekistan and Vietnam in its "countries of particular concern" category.