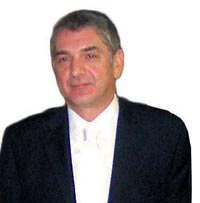 Turkey closed its embassy in Damascus last night. Ambassador Ömer Önhon, his family and all embassy personnel have returned to Turkey. The embassy in Aleppo however remains in operation.

Last night Turkey emptied out its embassy in Damascus as part of the nation's policy of acting momentarily in accordance to the developments in Syria. The ambassador, his family and all embassy personnel have returned to Turkey, which no longer has representation in the Syrian capital. Turkey's embassy in Aleppo will continue to serve citizens in Syria. The decision to keep the Aleppo embassy in operation was based on the following two reasons:

Turkey will continue relations with Syria, even though they have withered significantly.
The history of Turkey's Aleppo embassy spans further than the one in Damascus as the Aleppo embassy was first opened during the era when Syria was a French colony.

THE IMPORTANCE OF ALEPPO

Diplomatic sources have pointed to the fact that Turkey's Aleppo embassy was first opened when Syria was a colony of France, and reminded of its significance by stating, "This door has symbolic significance for Syria's independence."

Turkey's Ambassador to Aleppo Adnan Keçeci will continue to offer services to Turkish citizens in Syria. Meanwhile, the main reason provided for Turkey's decision to close down the Damascus embassy is the distancing of relations with the Assad regime. A number of Gulf and Arab nations have also decided to close their embassies in Damascus. Meanwhile, a number of European nations including Britain have also shut down their consular representation in the Syrian capital, while others continue to operate out of Damascus.