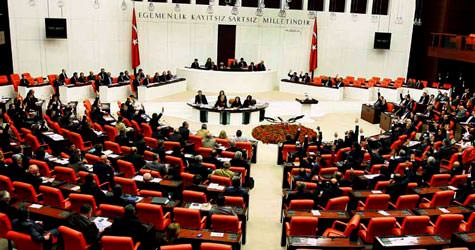 The initial 13 item education reform package, commonly referred to as 4+4+4, was approved by Turkey's Grand National Assembly in a vote held yesterday. Deliberations on the bill proposal which will increase the number of years of mandatory education up to twelve went on until the early morning hours. The proposal was passed yesterday with votes by AK Party and MHP deputies. While CHP voted against the proposal, BDP abstained. The article was passed with a total 306 votes in favor and 85 votes against, with 391 deputies voting overall. AK Party deputies applauded the results with a standing ovation.

The AK Party's proposal for Article 9 also includes allowing a course on the Koran as well as one on the life of Prophet Muhammad to be offered as Middle School elective courses. AK Party Group Deputy Chairman Nurettin Canikli commented on the vote in favor of the proposed reforms by stating, "This is a day of pride and honor. These reforms are not only the will of the public, but are also in accordance to the 24th article of the Constitution. This is not in any way something that is being imposed. The article states that these courses will be made elective. The system now allows for education to be provided on any faith." When asked by CHP members, if courses will be offered on Alevism, Canikli responded by stating, "Of course".

The reforms also include students being given the option to receive a regular education or a specialized education at Imam Hatip religious vocational schools at the middle school level.

During initial deliberations, the decision was reached to lift the coefficient system, which entails granting additional points in university placement exam results for students from vocational schools whose university preferences are in line with their current career path. Later, the decision was made to postpone implementing the amendment to the coefficient system until next year.

Prime Minister Tayyip Erdoğan commented on the bill proposal during a press conference held upon return from Iran last night. "Our public has requested that courses on the Koran and the Prophet Muhammad's life be offered as Middle School electives. Nobody is required to take the course, however those that want to will be able to."

CHP DEPUTIES WALK OUT OF ASSEMBLY

The second session of the 4+4+4 education reform deliberations held in parliament last night began with a protest by CHP deputies. While Minister of National Education Ömer Dinçer took the stand in order to respond to criticisms directed by the opposition as well as to relay information on the Fatih project, CHP deputies walked out of the assembly in a sign of protest. CHP's Group Deputy Chairmen were the only ones from the party that remained. AK Party deputies applauded in response.

A MESSAGE THROUGH A LATIN POEM

When a proposal by BDP regarding education in native languages was rejected in the Assembly, BDP member Sırrı Süreyya Önder read aloud a Latin poem to fellow deputies. At first, no one understood what language was being spoken. Once the poem was finished Önder stated in Turkish, "When a Kurdish child begins elementary school in Turkish, they are faced with the same situation that you all just experienced. Please have some empathy and lift the obstacles in front of providing education in mother tongues."