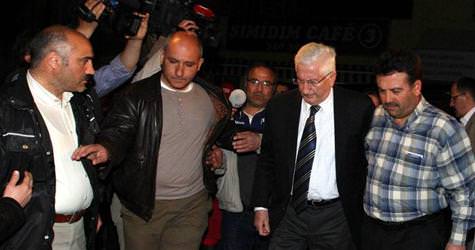 Twenty-six arrests were made yesterday throughout Turkey for warrants released on General Çevik Bir and those under his command, considered to be the figures who staged the February 28th Post Modern coup. The prosecutors’ warrants requested that arrests be made in accordance to European Court of Human Rights regulations.

Turkish prosecutors ordered the arrest on Thursday of four ex-generals and dozens of officers on charges of plotting the 1997 overthrow of the government, also referred to as the postmodern coup.

As part of the 'February 28th investigation', the night before last, Ankara's Special Authority Prosecutors Mustafa Bilgili and Kemal Çetin ordered the arrests of 31 suspects and searches in their homes and places of business in Ankara, Istanbul, Eskişehir, Çanakkale and Niğde. The first 26 arrests made yesterday included retired general Çevik Bir and brigadier generals İdris Koralp, Ünal Akbulut and Abdullah Kılıçarslan. Three of the remaining five individuals with warrants issued in their name are out of the country, while the remaining two were unable to be located at the addresses provided. Supposedly, the suspects detained were under direct order of former full general Çevik Bir.

SEARCH SENSITIVITY
The arrest orders were delivered in sealed envelopes to each police department in the regions specified for raids. The order specifically requested that the raids be conducted at eight a.m. in accordance to the ECHR's regulations. Another sensitive issue in the series of historical arrests, including of the second top echelon in the General Staff Çevik Bir, who regularly describes the February 28th era by stating 'we made a balance check for democracy', was the request that the suspects be present during yesterday's raids. The letter sent out to the various police departments requested that the suspects accompany the officers during searches in order to ensure no accusation regarding planting evidence surface at a later time. In order to prevent possible allegations of police entering data in computers searched in the raid, a legal expert was also on hand. A local prosecutor as well as a military official also accompanied police during the search of Çevik Bir's residence at the Beşiktaş Military Academy Command as well as in all other raids conducted on military locations. As for suspects that are also attorneys, representatives from the bar accompanied police during the searches. The suspects arrested were transferred to the capital yesterday afternoon, where they will be questioned directly by the case's chief prosecutors Mustafa Bilgili and Kemal Çetin.

ON DIRECT ORDERS FROM ÇEVİK BİR
ÇEVİK BİR: He graduated from the Military Academy in 1958. He acted as Kenan Evren's aide-de-camp following the September 12th coup. In 1995, he was promoted to general. During 1995-98 he served as Deputy Chief of General Staff. Just one year prior to February 28th, he was granted an award for democracy and secularism in a ceremony held in Washington. He served as a Peace Force Commander in Somalia. Allegations are that he sent orders to the judiciary and prosecution on behalf of the chief of staff. He also surfaced in the media for his activities in connection to the military's 'West Working Group', which was supposedly in charge of overseen all rulings made by the National Security Council. During the February 28th era, this team collected tabs on nearly six million people. Bir is perhaps best known for his statement "we made a balance check for democracy'" in reference to the February 28th coup. In 1998, he was appointed as the First Army Commander. He retired a year later.

WARRANTS WERE ISSUED FOR THE FOLLOWING: