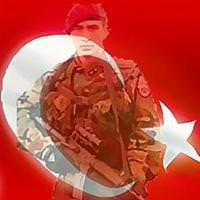 Turkey, which has the second largest army in NATO, is seventh when it comes to military spending.

According to NATO figures, there are a total 3.5 million soldiers in the 28-member alliance.

While the largest army of a NATO nation belongs to the United States with one million, 427 thousand soldiers, Turkey comes in second with 495,000 members of the Turkish Armed Forces' approximate 720,000 personnel are counted within the NATO framework.

NATO's soldier force in Europe alone is 2,027,000, while the number of soldiers in North America is 1,487,000. As a result, Turkey's soldiers account for approximately one fourth of NATO's European forces.

The United States take a distant lead in terms of military spending, The combined total of the remaining 27 members states' spending does not even equate to half the amount the United States spends on their military.