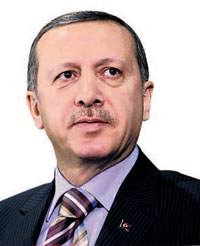 Noting that recent figures released clearly point to a drop in unemployment and a rise in employment opportunities, Prime Minister Erdoğan states, "Unemployment has dropped and it will drop even further with the new incentive system.”

In a message released for May 1st Labor and Solidarity Day, Prime Minister Tayyip Erdoğan announced that even though unemployment has already dropped, it will be decreasing even further with the government's new incentive system.

Explaining that they have embraced the sentiment, "uplift the people, so the state will uplift," and therefore perceive the issues befallen to laborers as those belonging to themselves, Prime Minister Erdoğan explained that they are currently consulting with unions and civil society organizations in order to find solutions to laborers' issues. In a message released to commemorate May Day, Erdoğan stated that the sweat of labor is considered holy and that they are members of a culture and civilization based on fair distribution, solidarity and coalition.

Erdoğan went on to deliver the following messages in his announcement released for May 1st Labor and Solidarity Day:

UNEMPLOYMENT IS ON THE RISE

As a government and inspired by this nation's culture and civilization, we have stood beside our laborers and all of this country's workers who carried us to power.

We believe that to support workers results in supporting the state and therefore we are currently consulting with unions and civil society organizations.

We have not crushed our laborers, retirees, public servants and workers with inflation. With the laws we have released, we have made our citizens who had temporary worker status, full staff members.
We have staged an active struggle against unemployment and have exerted maximum efforts in order to increase employment. We are very pleased that recently released figures show that we have made great strides in unemployment and that there is a trend towards decreasing unemployment and employment opportunities have clearly increased.

I believe that in addition to the recent appointments made last week of business and vocational consultants, the our recently announced New Incentives System will provide a significant contribution to further decreasing unemployment.