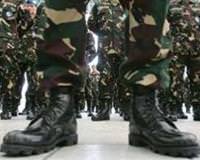 Ankara’s District Attorney has begun the judicial process for the trial of the April 27th, 2007 e-memorandum. It turns out that Special Authority Public Prosecutor Kemal Çetin, who will be overseeing the case, has been investigating the e-memorandum for awhile now.


It turns out that the very same Special Authority Public Prosecutor who is overseeing the February 28th investigation, Kemal Çetin, is now also in charge of conducting the legal procedures for the e-memorandum.

Relaying information on the investigation to SABAH, Adem Çevik's attorney Berrin Yeşilyurt noted that prosecutor Kemal Çetin is indeed in charge of both the legal procedures for the April 27th e-memorandum as well as for the investigation into February 28th. Yeşilyurt went on to explain that Çetin had stated that he may be calling in former Chief of General Staff Yaşar Büyükanıt to testify in connection to the April 27th announcement, which was personally written by the retired general. The e-memorandum released on April 27th, 2007 stated that the "Turkish Armed Forces would not refrain from using their authority and in fulfilling their duties if deemed necessary". The government reacted harshly to the release of this message on the Turkish Armed Forces website and former Chief of General Staff Yaşar Büyükanıt announced that he was personally responsible for writing the memorandum. On August 29th, 2011 the memorandum was removed from the website under current Chief of General Staff Necdet Özel's orders.