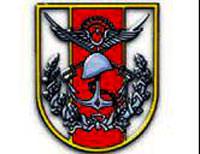 The General Staff has announced that the article released by the Wall Street Journal, which states, ’the initial intelligence on Uludere was obtained from the Predator U.S. drone’, based on findings from a U.S. Defense Ministry report, was inaccurate.

A statement released by the General Staff's official website reads, "Certain press organs have written news articles based on a report released by a foreign newspaper, which claim that the initial images which led to the incidents that transpired in Uludere on December 28th, 2011 were obtained by a U.S. unmanned aerial vehicle (Predator). The article is not a true reflection. Initial footage of the group was obtained by an unmanned aerial vehicle belonging to the Turkish Armed Forces. Detailed information on the incident has been sent to those investigating the incident."

'AN INVESTIGATION HAS BEEN INITIATED INTO THE INCIDENT'

Deputy Prime Minister Bekir Bozdağ, was answering questions from the press at the Atatürk Airport, prior to his departure for New York in which he stated that the article had not been confirmed. "No announcement has been made by American officials on the matter. The General Staff has initiated both an administrative and a judicial investigation into the issue."