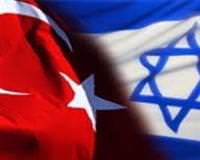 With ties broken following the Mavi Marmara raid, and fuel added to the flame with the dogfight in Cypriot air space, it appears that now Israel is seeking out ways to put relations with Turkey back on the mend. Israel his silently yet surely returned four of the five herons sent to Israel for maintenance repairs a year ago. The first heron was returned in April and just a few days ago three other herons were sent back to Ankara. The final heron undergoing maintenance work in Israel will supposedly be returned in the next few days.

MAINTENANCE STATED AS REASON FOR HOLDING ONTO HERONS

In April, 2011 Ankara sent the engines of five herons obtained through an agreement with Israel, to Tel Aviv for maintenance. However, when relations between the two nations became increasingly tense, Israel perpetuated the excuse of the engines' undergoing maintenance to refrain from returning them. As the disruption in relations continued to gain speed, in September, 2011 Prime Minister Erdoğan made a statement regarding the situation that's shed light on what was truly happening behind the scenes.

Erdoğan "Are they even ethical? There can be problems amongst people and resentment; they can refrain from meeting with each other. All of this is possible, but when it comes to international agreements, there is an international trade ethic."

Israel sends a message of reconciliation

Israel's second step towards mending relations with Turkey took place in the diplomatic realm. According to information obtained by high level sources, Tel Aviv is currently testing the grounds for revisiting the table with Ankara.

Israel is not necessarily acting upfront, but is making a number of correlated attempts to reestablish relations with Turkey, by making contact with certain European nations that remain close to both Turkey and Israel. The relayed messages have been delivered through said nations' foreign affairs ministers.

THERE IS NO CHANGE IN TURKEY'S POSITION

Their latest such attempt was done through another intermediary country, whose name was not revealed. Ankara referred to the country as one of a number of 'certain European nations' and responded to its officials by stating, "There is no change in Turkey's stance. Israel needs to apologize for the Mavi Marmara attack, pay compensation to the victims' families and lift the embargo implemented against Gaza. We will be open to dialogue, once these conditions have been met."Sources state that Tel Aviv is feeling increasingly isolated in the region due to Turkey's recent veto of Israeli participation in a NATO meeting coupled by the ongoing tension in the region and hence is hoping to reestablish ties with Turkey.

Ankara's veto of Israeli participation in the May 20th NATO summit in Chicago is considered to be one of the most critical developments thus far. Following the raid by Israeli forces on the Mavi Marmara aid flotilla, officials from both nations had reached an agreement that in order to rectify broken ties between Turkey and Israel, Israel would apologize and pay compensation to the families of the nine killed in the raid. However, it was later understood that Israeli Foreign Affairs Minister Avigdor Lieberman amongst others, prevented the government from going ahead with the deal.
Yahya Bostan
Sabah Daily, Prime Ministry Correspondent