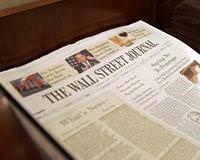 Prime Minister Recep Tayyip Erdoğan commented on the recent allegations which surfaced in the Wall Street Journal that the initial footage on the convoy in Uludere was captured by a U.S. drone.

Erdoğan was speaking at a press conference held at Ankara's Esenboğa Airport prior to his departure to Pakistan. When one journalist asked the Prime Minister to comment, stating that he had yet to say anything regarding the recent allegations surfaced in the Wall Street Journal that the United States provided the intelligence Turkey based the Uludere operation on, Erdoğan stated, "You haven't been following us closely." The Prime Minister went on to explain that they have been providing announcements regarding the issue from the start. Erdoğan also reminded that he visited the area along with the deputy prime minister and his wife Emine. "We are not trying to exploit this issue. The judicial proceedings have begun and the necessary steps taken. However, we have no intentions of entering into a race with those who are still pursuing to exploit the situation."

In regards to the orders given for the incident which resulted in the deaths of 34 civilians suspected to be terrorists, Erdoğan stated that the event transpired in accordance to the current system in place. "This was a region where terrorists circulate. As for those who want to mislead the situation, let them do so. Unfortunately the incident transpired in a way we would not have hoped for or wanted."

As for recent allegations that footage was obtained from the U.S., Erdoğan stated, "So, America says this and that… These are all fabricated news. First of all we did not act on footage from the U.S. Predator; we acted on our own surveillance. The steps were taken based on our own observations. The U.S. Predator is only able to capture 31 minutes of footage. Furthermore, this is not even within our borders but is entirely confined to the Iraq side. What imagery they do or do not have I honestly do not know.

As for the news which was released in the Wall Street Journal, well I explained the other day that there is an election approaching in the U.S. and therefore this is a fabricated article intended against the current administration. It is contrary to the truth. This is something I especially want to be known."