The fight against terrorism is not immune to the law 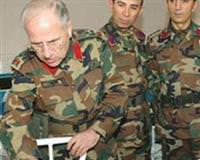 A retired colonel and 16 soldiers have been arrested in connection to an operation which took place three years ago, resulting in the deaths of two PKK terrorists and one civilian.

The operation in question was staged three years ago in the Buğullukaynak village in Van. During the raid, two PKK members and one civilian held hostage by the terrorists were killed.

An investigation was initiated into the deaths, when one soldier who was assigned to the operation, informed that the terrorists and the civilian hostage had been killed execution-style.

After providing testimonies at the Erciş Attorney General's Office, the 17 military members, were then transferred to the Criminal Court after which they were arrested for 'voluntary manslaughter'.