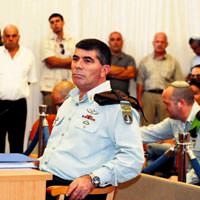 Shai, a deputy for Israel’s Kadima Party, has begun lobbying for Turkish firms to be disqualified from tenders in Israel due to the Turkish court’s acceptance of the indictment on the Mavi Marmara raid.

Israel has begun to formulate ways of retaliation due to the acceptance of Turkey's indictment on the May 31st, 2010 raid by Israeli forces on the aid flotilla Mavi Marmara. In response to Turkey's request that Israel's former Chief of Staff and main actor in the Mavi Marmara raid be tried for life, Israel has decided to take on a number of economic decisions that are not in Turkey's best interest. Kadima Party deputy Nachman Shai has sent a letter to Minister of Energy and Water Uzi Landau requesting Turkish firms be forbidden from entering tenders in Israel.

"Israel and Turkey's relations will suffer damage due to this decision. Turkey's move is extremely provocative," states Nachman Shai, who went on to qualify the Israeli soldiers that took place in the raid to be the true victims. Even though Israeli former Chief of General Staff Gabi Ashkenazi, the chief suspect in the indictment, has stated, "Relations are important between Turkey and Israel and therefore I am ready to pay the price for whatever I did," Shai insists that Turkey has staged an attack on Israel's Armed Forces. "They injured and caused pain to our soldiers who were trying to access the deck of the Mavi Marmara ship," states Shai who also wants economic sanctions to be discussed by the economy committee.

Israel's Minister of Foreign Affairs Danny Ayalon, who is also known for being the architect of the 'low seat' crisis, has expressed the hope that Turkey will face diplomatic pressure to throw out the case. Ayalon has also recommended that the four top-level Israeli officials listed in the indictment refrain from going to Turkey.