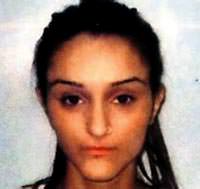 Three women, who staged Molotov cocktail attacks on Turkish businesses, a newspaper headquarters, a mosque and Turkish foundations in London, have been sentenced to 19 years imprisonment.

The trial, which came to a close on May 30th at the Woolwhich Court, found Dilek Dağ (25), Altın Yadırgı (28) and Dilan Eroğlu (20) guilty of staging terrorist attacks on Turkish businesses in London's Haringey district.

Dağ and Yadırgı were sentenced to six years and eight months each, while Eroğlu was issued a six year sentence for throwing Molotov cocktails into three coffee shops run by Turks as well as at the Zaman newspaper's London bureau, the British Cypriot Turks Foundation Council and at the Valide Sultan and Fatih Mosque. The three women were caught on video throwing fire bombs.