Fethullah Gülen has made his decision 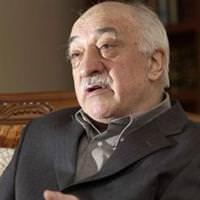 Fethullah Gülen has responded to Prime Minister Erdoğan's call for his return to Turkey, by stating that he is not planning on coming back.

The following are excerpts from Fethullah Gülen's public response to the Prime Minister which was released on a website that frequently publishes his writings. Gülen was obviously extremely touched and even broke into tears at times.

"Let me just say, he did something that befits him. However, he is not the first one to do so. The President has also said it before, both out in the open and through mediation. Other statesmen have also called on me to return. They asked me if it was time I came back. They did what befalls them and what suits them. The nation may look to them to call me back and I assume the Prime Minister senses a demand from the people with the applause he received at the Turkish Olympiad.

As for your question, I am not worried for myself. In fact, when I was 44 or 45 I thought they might hang me. Ten years later I though the same thing. Then I turned 66 and said once again, 'maybe they will hang me'. This is how I have had to live my life. Destiny led me to a path away from surrendering and so I took that path. I don't want to harm the positive developments by coming back. Even if there is just a one percent chance that my return will damage positive developments and cause trouble then for that concern I would not want to return."