‘It was in defense and not an attack’ 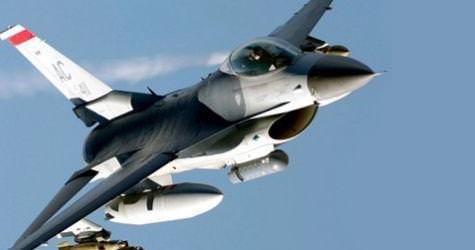 The Syrian administration has released their first official announcement on the F-4 jet crisis exclusively on A Haber.

Syria's Foreign Affairs Spokesman Jihat Makdisi spoke exclusively on A Haber in what was the Syrian administration's first announcement made since Syria shot down a Turkish fighter jet on Friday.


Makdisi's primary message was that the aircraft was shot down purely for defense purposes. Referring to the fighter jet as an 'unidentifiable object', Makdisi stated that unfortunately Syrian forces brought the aircraft down only to realize later that it was a Turkish F-4 jet.

Makdisi went on to emphasize that this was in no way an act of animosity towards the Turkish government and they were only trying to protect their sovereign state and expressly stated, "We do not want any tension with Ankara". Makdisi also said, "Hopefully, we can transcend this issue swiftly."

Syria is assisting Turkey in ongoing search and rescue efforts explained the Syrian Foreign Affairs Spokesman, emphasizing once again that there is absolutely "no animosity".

In response to a question posed on whether NATO's fifth article is applicable, Makdisi emphasized that this was in no way an attack. In addition, Makdisi pointed out that it was not a civilian aircraft, but a military jet they brought down purely for defensive purposes. This event transpired on Syrian land and in Syria's air field.

As for the whereabouts of the pilots, Makdisi says that Syria is working alongside Turkey in trying to recover the pilots and should there be any further developments, the Ministry of Defense will make an announcement.

When asked whether an attempt was made to make contact with the aircraft prior to striking, Makdisi stated that he honestly did not have any information on that and would have to ask the Ministry of Defense. "All I can say is that the announcement I have made is Syria's official stance; there is in no way any animosity felt towards Turkey and the Turkish public."

When a question was brought up regarding allegations Syria would be issuing an apology, Makdisi stated, "Everything we do will be officially announced, we have nothing to hide. What matters most right now are the search and recovery efforts being conducted by both sides. I repeat, this was an accident and definitely not an attack."