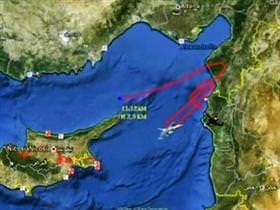 SANA stated that the plane was shot down at one kilometers' distance from land, and went down ten kilometers distance from Latakia. According to SANA, Syria only realized that the fighter jet was Turkish after it had already been brought down.

Meanwhile, the Damascus based al-Dunia television station states that the search for the two missing Turkish pilots continued on Saturday morning by aircraft and ships belonging to the Syrian military. Search efforts, they stated, are being concentrated around the Latakia region.

A former Syrian soldier told DPA that according to information received from within the military, Syrian forces shot down the jet under the assumption it was being piloted by Syrian opposition soldiers attempting to take shelter in Turkey.

U.S. State Department Spokesman Victoria Nuland stated, "We've seen the reports you've seen. We have obviously been in contact with our Turkish ally. To my knowledge, they haven't raised this at NATO at this point." Nuland also expressed that should the request be made they are willing to assist in search and rescue efforts.