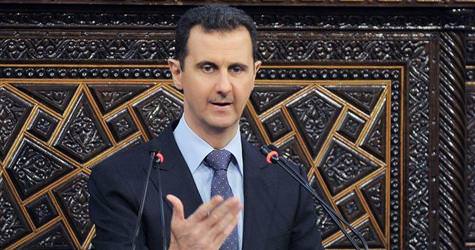 Ankara has gone on full alarm since receiving confirmation that Turkey’s F-4 jet, which went missing on Friday, was shot down by Syria while conducting a routine explorative flight.

According to information obtained by SABAH, Ankara has determined that the Assad administration would not have the audacity to act at this level of hostility alone and is now drawing attention to the potential of other nations' involvement.

The ongoing intensive diplomacy in the capital began with an announcement released by Foreign Affairs Minister Ahmet Davutoğlu who warned, "Nobody can be so bold as to test Turkey's capacity," and went on to reveal the behind-the-curtain details of the strike.

Turkey's Foreign Affairs Ministry has extended invitations to Arab nations' ambassadors, diplomats from the five permanent members of the U.N. Security Council as well as representatives from the EU and NATO member nations.

Diplomats were briefed on all of the details pertaining to the attack and were requested to relay the information to their respective capitals. Meanwhile, at the same time, a diplomatic note was delivered to Syria's Istanbul embassy. The NATO Council has been called to an extraordinary meeting tomorrow to deal with the matter.

Signs of what Turkey's road map will entail have begun to surface following a 'state session' held between Prime Minister Tayyip Erdoğan and opposition party leaders. According to assessments surfaced from the session, Ankara has determined that the Assad administration would not have the audacity to exert such a hostile stance on its own accord. Attention was drawn to the diplomatic and military support offered, especially by Russia and Iran, to the Damascus administration.
The primary message delivered during the session was, "Neither an apology nor compensation will suffice for us. This account will only be settled with Assad's departure. Therefore, both the U.N. and NATO need to be fully engaged in the matter."

Despite the depth of this crisis, the majority viewpoint at the moment in Ankara is that the option of staging an operation is not at the forefront, due to the perception that any military intervention may harm Turkey's rising image in the Middle East and Islamic nations. It was therefore decided that international pressure should be increased to ensure that the Assad administration is removed from power. As part of Ankara's 'controlled tension' strategy, the objective is to engage NATO, the U.N., the EU and the Arab League in the issue. The first step to this end was to call the NATO Council to a meeting tomorrow to discuss the issue in accordance to the alliance's 4th article. The plan is to officially record that an ally nation was subjected to a unilateral attack that violated international law. This step will ensure the groundwork is laid for establishing international legitimacy prior to any potential further steps taken.