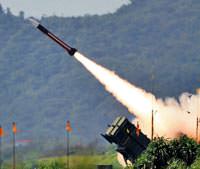 While tension continues to escalate along the Syrian border, Turkey is currently in preparation to place a missile defense system along the border. One of the four systems, which will be determined in an upcoming tender, will be placed on the border with Syria.

The end is approaching for a project that began six years ago involving a tender for Turkey's national long-range defense missile system.

In the next few days, the Defense Industry Executive Committee (SSİK) will be joined by Prime Minister Tayyip Erdoğan, Chief of General Staff Necdet Özel and Minister of National Defense İsmet Yılmaz will be reaching a final decision on a tender participated in by four different nations. Plans are for one of the four missile defense systems to be placed on the Syrian border. Missile systems will also be placed in both Istanbul and Ankara.

The United States' Patriot, Russia's S-400, China's FD-200 and the joint France-Italy Eurosan's Samp-T models are all participating in the tender. Plans are for the system, which is anticipated to cost two billion dollars, to become active in the upcoming year. The system's aim is to eliminate all long-range missile threats before they enter Turkey's air field. After detecting that an enemy missile has targeted Turkey the high-elevation air defense system, aided by radars, will begin operating utilizing its joint battery system. The air defense missiles will be able to halt enemy missiles within a 50 to 300 km radius.

A contender in the tender, the Patriot missile defense system is able to detect enemy missiles from 100 kilometers' distance and is able to dispose of it within 15 to 20 seconds and has a 70 kilometer range. The Russian S-400 is able to shoot missiles simultaneously at 12 targets, while also has the capacity to his targets moving at 2,800 meters' speed. China's missile system has an elevation of 20,000 meters and a 100 kilometer range. The Samp-T is able to simultaneously shoot missiles at a number of targets. The entire missile system is able to ignite within ten seconds. Turkey, which will be deciding on the proposals that have come in from four different nations, will also be evaluating whether or not the systems are able to be integrated with NATO's missile-shield.