Turkish children residing in Europe should not be forgotten 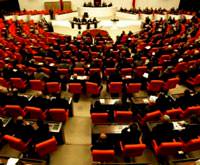 The Ministry of Family Policies is developing a protection program geared towards Turkish children residing abroad. As part of the program initiated by request of Prime Minister Erdoğan, ‘child units’ may be set up in Turkish embassies.

The Ministry of Family and Social Policies will soon be taking an initiative for Turkish children abroad that are currently under the protection of German Youth Departments.

The program, initiated by Prime Minister Tayyip Erdoğan's directive, will mark the first time Turkey closely tracks the approximately 6,000 children given up for adoption to foreign nationals in a number of countries, namely Germany, Holland, Austria and Belgium.

As part of the policies to be instated for Turkish families living abroad, embassies in countries which have a significant number of Turkish residents will be setting up a Child Department. This department will deal with any problems experienced by families and children residing abroad and when necessary will provide contact with related Turkish departments.

Participating in a "Youth Departments and Turkish Families Workshop," held by the Abroad and Relative Communities Department, Deputy Prime Minister Bekir Bozdağ emphasized that there are efforts to assimilate Turkish children abroad and stated, "Our children end up turning into an assimilated German, Belgian, Austrian or Dutch. Our silence on this issue means we are openly turning a blind eye to the assimilation of our young children. I am calling out to our citizens residing abroad. Stand up for our children and lets protect their rights."

Family Minister Fatma Şahin states, "We are restructuring the protective services for our nation's children. It is impossible while doing so to think independently of Germany, Belgium and Holland. They are all our children, no matter what their names are and where they live." Şahin went on to emphasize that just like how they have taken on the state protection of 14,000 children in Turkey, they also hold responsibility for those children residing abroad."