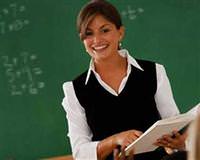 Mardin Artuklu University will be accepting 500 graduate school students for the 2012-2013 school year to be trained as Kurdish teachers. The program, established from a proposal by the Ministry of National Education will be included in the Turkey’s Living Languages Institute Kurdish Language and Culture Department. Applications will be accepted up until July 27th.

Mardin Artuklu University has published an internet announcement stating that they are now accepting applications for a new 'Kurdish Teaching Non-Thesis Graduate Program'. According to the announcement, 500 students will be accepted into the higher education program, which will be included in Turkey's Living Languages Institute Kurdish Language and Culture Department. Graduates from the one-year program will then become candidates to be appointed to Kurdish language teaching positions.

Graduates with degrees in Turkish Language and Literature, Social Sciences, Turkish teaching and Modern Turkish Dialects will be able to apply for the program. It is also mandatory that applicants speak either one of the Kurdish Kurmanci or Zazaca dialects as Kurdish languages classes will be taught in a combination of both dialects.

Candidates that have completed their education abroad will need to add a certificate of equivalency obtained from the Higher Education Council to their application. The final day to apply for the program is July 27th and admissions will be held between August 6-31, 2012.