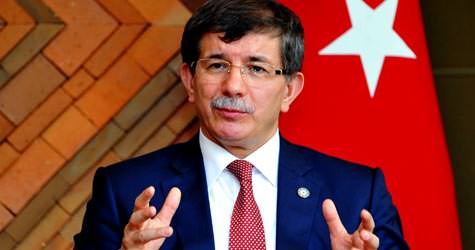 The recent Friends of Syrian People Meeting held in Paris resulted in yet another further step taken towards establishing an era sans Assad. The declaration released from the meeting requests the UN Security Council issue a ruling to begin the establishment of a transitional government.

The third leg of the Friends of Syria Group meetings series was held in Paris on Friday with representatives from over 100 nations coming together in an effort to put an end to the bloodshed in Syria. The result from the meeting, the third in the series following meetings in Tunisia and Istanbul, is that Turkey, France, the U.S., Germany, England and the Arab League are requesting the United Nations Security Council release a ruling for a transitional government to be formed in Syria. The Friends of Syria Group also called for the application of the UN Chapter seven resolution, which approves penalization for nations that do not apply sanctions against Syria and if necessary the use of force. The declaration released following the meeting also requested Assad step down from power.

Representing Turkey at the meeting, Foreign Affairs Minister Ahmet Davutoğlu called on the international community to increase pressure on the Syrian administration and for an effective transitional government to take over in order to put a halt to the internal conflict in the nation. Expressing that the current Damascus administration has lost all legitimacy, Davutoğlu underlined the necessity to not waste any time any area when it comes to preparations for the post-Assad era.

A MESSAGE TO RUSSIA AND CHINA

United States Secretary of State Hillary Clinton requested the United Nations Security Council take action to realize the decisions made in Geneva. linton also demanded Russia and China end their support to the Syrian administration and stated that both nations hold great responsibility when it comes to the crisis deepening in Syria. Without attending the meeting, Russia was fast to respond to Clinton's criticism. Russian Foreign Affairs Minister Sergey Riabkov issued an immediate response clearly rejecting any allegations that Russia supports the current Assad regime.