Turkish jet was not shot down with simple anti-aircraft fire 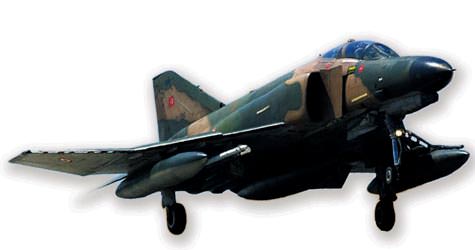 The Chief of General Staff released a seventh announcement yesterday on the RF-4 model Turkish jet that was brought down off the Syrian coast.

An announcement released by the Turkish Armed Forces General Staff on July 11th, stated that no traces of explosives or munitions were detected in inspections of the pieces from the wreckage recovered from the sea surface. The very same announcement aroused confusion due to its use of the term "claimed to be brought down by Syria," in reference to the jet.

In the announcement released on July 13th, it was expressed that following the interpretations made into the aforementioned statement, the need was felt to reinform the public. Yesterday's announcement also stated, "In light of the recent criminal investigation, it has been determined that amongst the possible causes for the jet's downing, there is no possibility that the jet was shot down by anti-aircraft fire as suggested by Syria." In addition, the announcement released yesterday did not contain the statement "claimed to be brought down by Syria" and instead clearly referred to the aircraft as having been "brought down by Syria."

The announcement also stated, "Once the significant pieces from the wreckage that are currently lying on the seabed have been recovered and the technical investigation completed, it will then be possible to establish how the aircraft was brought down by Syria." The announcement also emphasized that locating the pilots was the priority of search efforts; however they have also been able to recover smaller pieces from the wreckage while the heavy and larger portions of the aircraft remain on the seabed.

Meanwhile, England has handed over any information they have regarding the incident to Turkey. Russia however has not yet provided any of their resources. Supposedly Putin will decide whether to pass over information based on whether or not Prime Minister Erdoğan addresses the issue during his July 18th trip to Moscow.