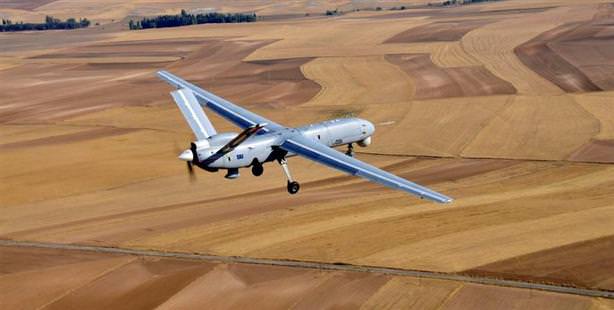 During the meeting, the committee reached a number of important decisions. Ankara has decided to no longer wait on an answer from the U.S. Congress on the sale of Predators to combat terrorism.
Turkey will instead be arming the ANKA, a domestically produced unmanned aerial vehicle. The decision was announced that negotiations will be initiated with the TUSAŞ firm for a pre-design study of a Turbo-Prop engine version which would advance the ANKA's long-range and weight carrying capacity.


One of the most significant decisions to come out of yesterday's meeting was regarding Turkey's aerospace efforts. In an effort to better benefit from the use of aerospace, the committee has decided to initiate a project to establish a satellite launch center.

The Long Range Regional Air and Missile Defense System Project, which was started six years ago was also laid to the table during the meeting. Ankara, which has set aside nearly a two billion dollar budget, will be continuing negotiations in order to bring down the proposal bids and increase the domestic share in the project.

Prime Minister Erdoğan will be discussing the missile shield project during his meeting today with Russian President Vladimir Putin. Efforts will be made to persuade Russia to join the defense system tender with their advanced model the S-400 rather than the S-300 system they intend to bid for.