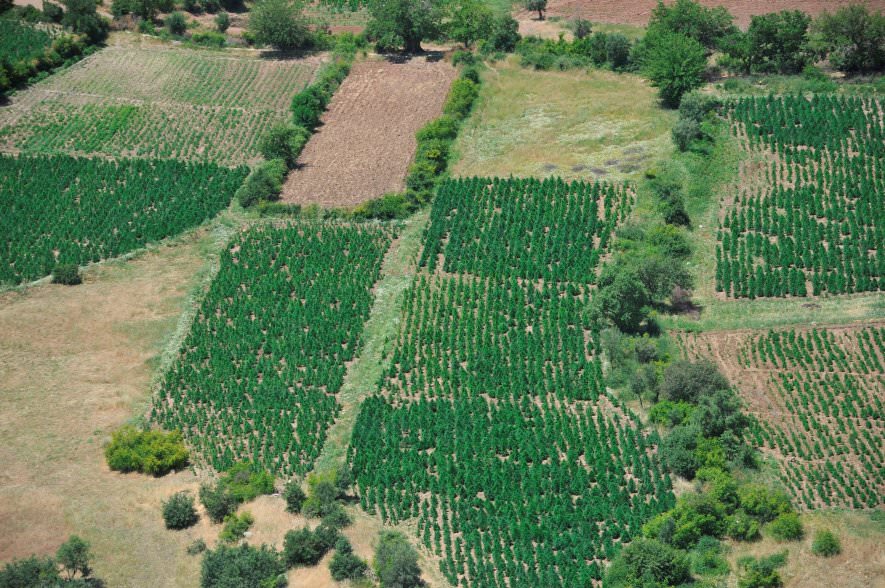 Security forces launched a major-scale operation, with 1,700 personnel, four helicopters and 16 armored vehicles on fields the PKK uses to produce 250 tons of narcotics.

Gendarmerie and Special Police forces joined in on the raids which were staged in the early morning hours in locations in the Lice, Hazro and Kocaköy districts as well as in 15 other villages.

According to the Governor of Diyarbakır Mustafa Toprak, yesterday's anti-drug operation was a big hit to the PKK's main source of funding. Yesterday's raids on a 500 square meter area of land resulted in the confiscation of cannabis equaling 250 tons of narcotics. The drugs recovered in the operation has since been destroyed and there have been 15 arrests made thus far, with more to be expected.