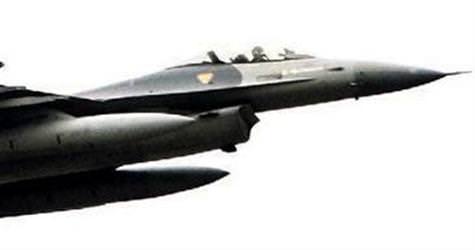 The very same day the bodies of the two pilots killed in the jet downed by Syria were recovered from the sea bed, Turkey’s F-16’s were ready for their retaliation assignment and loaded with bombs. At the very last minute however, Turkey held back from destroying Syria’s anti-aircraft and missile systems.

It turns out that since the June 22nd downing of a Turkish fighter jet, Ankara has made a number of serious preparations for retaliating on Syria; however precedence was placed by the capital on recovering the two pilots' bodies. On July 5th, as the bodies of the pilots were located in the East Mediterranean, the F-16's situated on İncirlik Base were given the order to be 'ready for duty'. From the day the jet crashed up until now, as Ankara deliberated on response scenarios, all of the state's politicians and especially Prime Minister Tayyip Erdoğan announced their priority was recovering the pilots. All state departments were on alert until the pilots' bodies were located. Meanwhile, Turkey's F-16's were loaded with bombs intended to hit the anti-aircraft and missile system located along the Syrian border. It wasn't until the very last minute however that the 'order to shoot' was withdrawn.

According to information obtained, there were three main reservations influential in the decision to abstain reached through negotiations by the General Staff and the Air Force. The first reservation was based on the presence of the Russian systems positioned in Syria. Russian defense systems use advanced technology which is not sufficiently recognized by the Turkish Armed Forces. Russian missile defense systems have not yet been tested out by Turkish aircraft. The lacking of sufficient data regarding how exactly the Turkish jet was brought down also resulted in Ankara taking a step back. One of the most significant reasons why the TAF backed down at the last minute however is due to political reservations. The main concern was the potential harming of Turkey's image of being a supporter of peace in the Middle East, by embracing refugees from Syria, and its role as a model nation for countries transitioning to democracy following the Arab Spring.