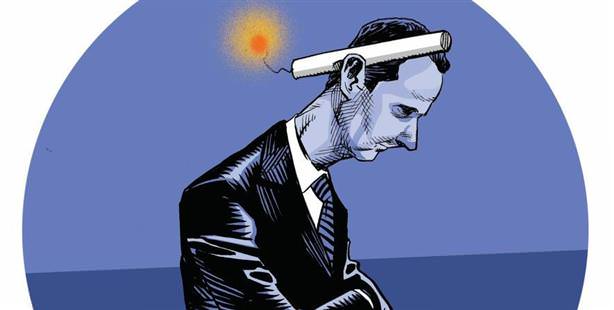 Ankara is currently evaluating a number of scenario that may be facing Syrian state leader Bashar al-Assad and what the ramifications could be following Thursday’s veto by Russia and China of a new U.N. resolution to end the violence in Syria.

The following are a number of Ankara's likely scenarios to transpire in Syria:

Assad may stand aside, relinquishing his power in support of a national consensus model. Both sides would each nominate a candidate and the two of them would be responsible for forming the new government. This scenario was one Annan attempted to pursue following the Geneva meeting, however the opposition was unable to propose a single individual for the position. According to claims, Assad forwarded the name of someone in his cabinet to Annan.

Assad will designate a candidate to take his place. The opposition would also elect a candidate, and both would formulate a new government in order to prepare Syria for elections. However, should this current period of time persist then it will be increasingly more challenging for the opposition to adopt the process outlined in Geneva.

There will be a coup within the administration. However, there are insufficient signs pointing to this option.

"The attack in Damascus has weakened the administration"

Ankara perceives the recent attack in Damascus, which resulted in the deaths of high-level members of Assad's regime as a sign that Assad's power is waning as each day passes. Ankara also considers it to be an indicator of the increased coordination of Syrian opposition groups. According to the most recent information received from Syria, Assad's security detail is currently at the highest level in the case of a potential attack on the presidential palace.

While an investigation into the data compiled thus far on the Turkish jet shot down by Syria ensues, Ankara has continued to refrain from requesting Israeli records. Despite Ankara's downgrade of relations with Israel to second secretary level due to the Mavi Marmara raid, Israel is supposedly ready to offer assistance should Turkey request it. Speaking with SABAH, Israeli officials stated, "Turkey has not made any requests yet, however should they do so, we are ready to respond affirmatively."