The Arab Spring sprung from the AK Party 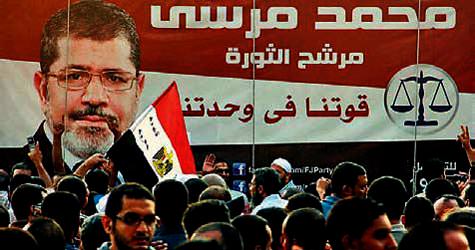 Egypt is turning a new page in every area after the revolution which ignited in Tahrir. There is an interesting finding made by the Muslim Brotherhood movement and academics that the seeds of the Arab Spring were planted when the AK Party came to power in 2002.

To Begin...
Famed for its Tahrir Square from where the voices of millions were heard throughout the world and known for being the Arab Spring's key nation, Egypt is embarking on a new era. SABAH paid a visit to Egypt and met with businessmen, politicians, venders and the demonstrators that have still not left the square in the country's political capital Cairo and the economic capital Alexandria. We visited Turkish operations along the Nile and a giant industrial zone set up by Turks from Malatya. We looked into both old and new Egypt. We witnessed the public's dreams, their perspective of Turkey and their plans for the future.

In the heat which reaches up to 50 degrees Celsius in the day and after four hours on Egypt's sand-colored streets we reached Egypt's commerce town of Alexandria. One of Egypt's economy's most influential figures Ahmed M. El Wakil awaits us. Chairman of Egypt's Chamber of Commerce Wakil is also the director of the Africa Chambers Union. We reached Wakil's factory at around noon. Personnel directed us towards a room on the upper level with a magnificent view. They also gave us a warning: "United States Secretary of State Hillary Clinton is in Alexandria. Wakil will be meeting with her after he sees you. We request that you conclude the meeting in half an hour."

Then the door opened to a huge room looking on to Alexandria and a man at the end conducting the 'namaz' prayer. He didn't have a particularly grand appearance. Wealth wasn't flowing from his clothes. He joined us after he finished his prayer. Wakil greeted us with Selamün aleyküm" and we began. Wakil is not the only one joining us, we are also accompanied by the young minds of the Muslim Brotherhood movement that has since come to power following the first democratic election held in Egypt.

WE WILL BE TAKING ON RESPONSIBILITY

Not only did they greet us warmly they also thanked us for giving them the opportunity to explain themselves and on top of that even handed us a plaque. Time was limited and there were a lot of questions to be asked, so we immediately begin our interview… Turkey and Egypt lived under the umbrella of the same empire. They have similar histories. What is going to happen from here on out?
Wakil's first emphasis is on relative relations. He goes on to explain that both nations will become completely integrated both economically and socially. He stated that Turkey was an example and a model for Egypt. Wakil went on to state that the nation's first civilian President Mohammed Mursi has taken on a great responsibility, and said "The Egyptian economy is in a bad place right now. However, Mursi's plans are ready. We will be taking on this responsibility. We will not allow for any sort of 'wait and see' policy. Railroads and logistic investments need to increase. There will be important collaborations with Turkey in the field of energy. Of course first of all we have to completely establish security and full normalization for the nation. The Egyptian public will then also take on the responsibility," states Wakil.

Our Egypt trip is allowing us make a number of striking sociological and economical findings.
It is at this point that the words of Prof. Galal K. Al Adem, the man in charge of the new Egypt's Reconstruction and Project Development, are especially poignant. Galal, who also happens to be a Turkey specialist, says that the changes in Turkey were especially influential for the Arab Spring, the seeds of which he says were planted with the AK Party's coming to power in Turkey in 2002.
It's possible to hear this from other people as well. "For years entrepreneurship was forbidden in this country. The nation's capital was held in the hands of certain groups and we were left behind in global trade," says Galal who goes on to state, "Nobody can stand in the way of change. It was realized years ago in Turkey, with an election. We are doing it through different ways. In the end, the Arab Spring will connect us and a number of nations in the region from an economic standpoint. The region's level of welfare will increase."

We met with academics that support and helped design Egypt's liberal economic policy in both Cairo and Alexandria. Arab Academy for Science Dean Prof. Dr. Khaled M. Hanafy lists for us the formulas that will allow Egypt to prosper soon. Explaining that in Egypt entrepreneurship was forbidden for a long time, Hanafy states, "The Muslim Brotherhood may be conservative when it comes to moral issues, their views on economy are quite liberal. They have no other choice. The new administration has now pulled up their sleeves to embark on an economic renaissance. In fact, they absolutely must make this happen. Ever since 2004, these policies have been slowly going into practice. Our collaboration with Turkey, especially in logistics, is extremely important. In addition to Egypt's population of 80 million, it is also the gateway to the African market," says Hanafy.

ALCOHOL WILL NOT BE PROHIBITED

According to official figures from Egypt, the Christian population is 12 million. Honi, the Egyptian taxi driver who we hired to take us from Cairo to Alexandria is also a Christian. During the four-hour drive I had the opportunity to listen to the Christian perspective on the revolution that transpired in their nation. Honi explained the Christian population, including himself, is concerned about the recent developments. He says that a regime that is based on religion may lead to discrimination which could bring about new problems. We asked everyone we met about this concern. The mutual response was always 'never'.
When it comes to Egypt's liberties, Prof. Dr. Hanafy says they will not be taking a step backwards. He went on to explain that the recent discourse on alcohol and bikini prohibitions is not reflective of the truth.
This is a translation of an article originally written by Metin Can.