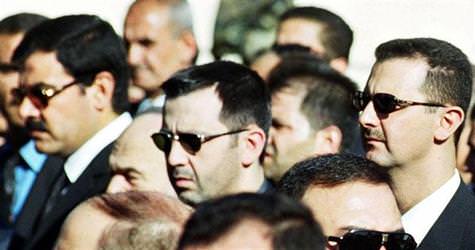 Ankara strongly believes that the number of people killed in the attack on the National Security Council meeting, which was a deep hit to the Assad administration, is not limited to the numbers announced.

Turkey's National Intelligence Organization (MİT) is looking into the possibility that Bashar Assad's brother Maher, the man who holds the reins to Syria's security forces and intelligence organizations, may have also been killed or heavily wounded in the attack.

The information Ankara has received from Syria's intelligence departments points to the fact that Maher Assad was supposed to be chairing the national security meeting when the bomb exploded. Intelligence sources continue to press the issue; however it has yet to be confirmed whether or not Bashar's brother Maher did in fact attend the meeting.

Meanwhile, there is another important detail that has been brought to the surface. According to security meetings protocol, Maher Assad sits right next to Assef Shawkat, Bashar Assad's brother-in-law who was killed in the explosion. Therefore, speculation is that if Maher Assad was present at the meeting, he may have been heavily wounded or even killed in the attack.

After receiving a variety of information on the attack in Syria, MİT has embarked upon trying to locate Maher Assad. Turkey's National Intelligence Organization will be mobilizing all of its resources in order to determine whether or not Maher Assad is still alive.