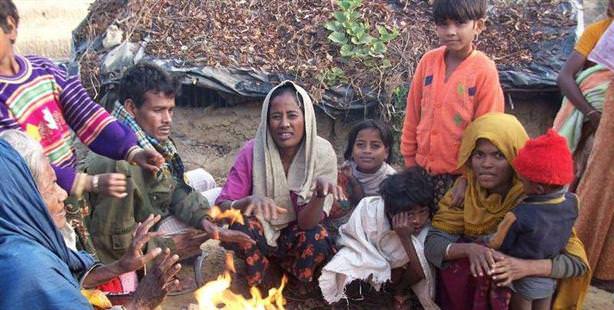 Turkey’s Red Crescent is taking action to draw the international community’s attention to the violence being inflicted on Muslims in Myanmar.

Director of Turkey's Red Crescent, Ahmet Lütfi Akar states that they are currently working on delivering aid to the Muslims from Arakan that have been forced to seek shelter in Bangladesh. Akar explained that they are in contact with the Red Crescent in Bangladesh and want to communicate with the Myanmar government, however have not yet reaped positive results. Akar also said they have contacted Myanmar's Honorary Consulate in Turkey in order to relay their request to personally provide assistance in the area. "We also appealed to the Myanmar government as well the Red Cross there. We are waiting on an answer. If we are able to persuade then, then we will personally go to Myanmar under the condition we are allowed in to deliver aid. We also hope that by doing this we will draw international attention to this issue." Akar also stated that they are planning on organizing camps and food banks for the Muslims from Arakan who have had to escape the oppression in Myanmar and are seeking shelter in Bangladesh.

Reminding that there are a number of civil society organizations in Turkey which have released international calls for the violence in Myanmar to come to an end, Akar says that Turkey's Red Crescent is prepared to lead this mobilization. Akar states, "What is happening in Myanmar is that there is a massacre being staged against Muslims based on their religious beliefs. We strongly condemn this and we want to go to Myanmar in order to contribute towards putting an end to this situation."

Turkey's Directorate of Religious Affairs Foundation kicked off an aid campaign for the Muslims in Arakan following the Friday prayer ceremony at Kocatepe Mosque yesterday. Mentioning that there is intense interest in the campaign throughout the country Mehmet Görmez the head of Religious Affairs, explains that donations can be made by sending an SMS reading Arakan to 5601 or by making online or bank deposits.

WHERE HUMANITY COMES TO DIE

Within the past two months, fanatic Buddhists have killed over 1,000 people in Arakan. According to a report by the Humanitarian Relief Foundation (İHH) based on refugees from Arakan that are seeking shelter in Bangladesh, for years there have been systematic efforts to alienate the Muslims in Arakan and as a result are being subjected to violence by fanatic Buddhists.

Demir explains that over 100,000 people have had to desert their homes in Arakan. The UN and the EU's monitors are not able to relay the truth of the situation. They speak with people in police custody; however the Muslims from Arakan are scared to tell the truth in front of security forces, because dozens have already been killed thus far for doing so. Meanwhile, fanatic Buddhists have decided to shut down all mosques in Arakan, making yesterday the last time the Friday Prayer ceremony will be held.