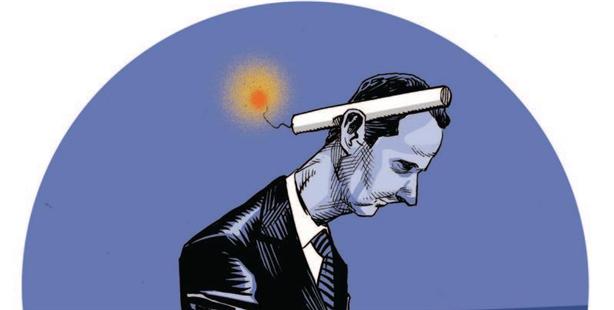 ‘Couriers’ distributed to Turkey as well as a number of other nations by Bashar Assad in an attempt to collect intelligence are now sending in encrypted messages warning the Syrian state leader, “the end of the road is near”. The crypto messages reveal that the Syrian administration is no longer considered credible and suggests Assad, “step down for his own safety’.

SABAH has acquired the details of encrypted messages delivered to the Syrian regime by 'couriers' Assad sent abroad for the sole intention of collecting information. These encrypted messages that have been coming in to Assad in stages since April 2012 emphasize that the current Syrian administration is reaching the end of the road. The messages coming in overwhelmingly state that world nations and their leaders have lost all trust in the Syrian administration. The messages also remind Assad of what happened to Saddam, Gaddafi and Mubarak and warn that he "step down for his own safety."

INFORMATION HAS BEEN COMING IN FOR FIVE MONTHS NOW

As the tension increased in Syria, Assad sent a number of loyal politicians, academics, bureaucrats and businessmen abroad. These individuals departed Syria in March, 2012 and began relaying information to Assad in April. In addition to Turkey, Assad also sent these 'couriers' to the United States, England, France, Italy, Germany, China, Russia, Spain, Azerbaijan and Saudi Arabia as well as other nations. The tone of warnings sent in by these 'couriers' intensified during the month of June. The crypto messages basically stated that international countries in general and their leaders no longer found the Assad administration to be credible.

The encrypted messages reminded Assad of what happened to Saddam Hussein who was overturned in Iraq, of Libyan leader Muammar Gaddafi who was lynched by his own public towards the end of the Arab Spring and of former Egyptian leader Hosni Mubarak who was overthrown, tried and is now serving a life sentence. The messages that came in directly warned that Assad step down for his own life safety and stated, "We have seen the hatred in the eyes of world leaders and their public. They will never help us. It no longer seems possible for us to win this war."

THE RUSSIA DETAIL
The most interesting messages delivered by the 'couriers' sent out from Damascus was in regards to Russia. The messages forwarded to Syria emphasizes that the Moscow administration will turn their back on the Damascus regime once the winds begin blowing in the direction of the rebels' (Syrian opposition) and state "Moscow will no longer be proceeding with Damascus and will turn to Washington." As for the assessment of messages that have come in from Turkey, the Turkish administration feel they have been betrayed and due to the line of descent between Syrians and Turks, the Turkish public is extremely enraged with Damascus.

According to the information obtained, these messages were relayed to Assad through the cyber world. These 'couriers' not only used Facebook and Twitter, but they also delivered information through Skype, Gmail and Yahoo messenger systems, which are notoriously hard to track. These 'couriers' sent information once a week through a very special coding system. In certain special situations, information was delivered through an 'emergency' code. The 'couriers' would try to determine what the public's stance on Syria was in the various nations they went to, while also attempted to gather information by going into collaboration with military and intelligence circles.

In order to keep the names of Assad's 'couriers' under wraps, only extremely close individuals to the Syrian leader and high-level officials from Syria's National Intelligence Organization Al Mukhabarat were informed of their identities. The majority of 'couriers' selected from the military were members of special troops referred to as the National Guard Army. It is speculated that the over 50 specially designated 'couriers' by Assad have not returned to Syria since they went abroad. The military members have supposedly taken refuge in the various nations they were sent to, while a number of the civilians who were made Assad's 'couriers' have managed to erase their tracks. The fact that a majority of these individuals, known for their loyalty to Damascus have sought shelter and attempted to erase their tracks is being attributed to the chaos and mortal fear that has erupted in Syria.

This is a translation of an article originally written by Mutlu Çölgeçen.