Turkey prepares for a new constitution 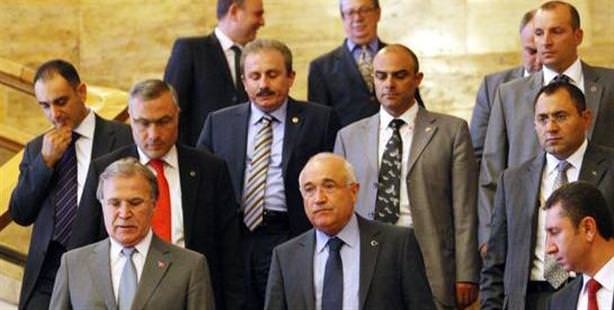 The AK Party has issued two proposals to the Parliament’s Constitution Conciliation Commission which includes allowing public servants to wear headscarves and for courts to pay heed to the principle of freedom rather than the state when evaluating legislation.

After going on hiatus on July 10th, upon the BDP's request, the Parliament's Constitution Conciliation Commission resumed yesterday under the chairmanship of Turkey's Grand National Assembly Speaker Cemil Çiçek. The commission convened to discuss their proposals for articles in the section on fundamental rights and liberties. The commission is dealing with a number of pressing subjects spanning from the PKK terrorist organization leader Abdullah Öcalan's isolation to providing education in native languages. Prior to the meeting, the AK Party, CHP, MHP and BDP presented their proposals for the section on fundamental rights and liberties to commission members.

The AK Party's second proposal is one that would alter the intrinsic value that has been in place up until now when it comes to fundamental rights and liberties, which is putting 'liberties' ahead of 'the state'. The AK Party's proposal is for a measure to be included in the constitution which states, "In the case of uncertainty, freedom should be favored as a basis for decision-making."

According to the AK Party's proposal, when a law or item in the constitution is not precisely clear, it would need to be evaluated based on freedom rather than authority. In other words, the stance to be taken will be in favor of freedoms and not the state. This includes cases opened regarding an appeal for an amendment by the Constitutional Court and individual applications. If there is a discrepancy amongst articles in the constitution, then the article which is based on freedoms will be favored in the decision-making process. This measure would make it required for all administrations and courts to favor freedoms in any decision-making process or action.