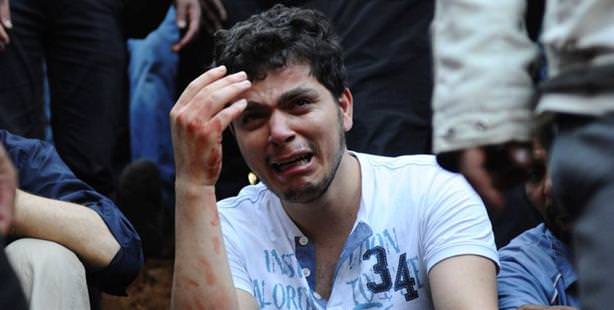 While efforts continue to reach a formula for the post-Assad era, Ankara foresees a period of transition in which the Baath regime and the opposition would share the Syrian administration.

While the struggle for power between the Assad regime and its opposition continues, so does the search for who will lead the new administration once Bashar Assad has been overthrown. Turkey, the United States, Qatar, Saudi Arabia and France are all seeking out a model for Syria's new administration.

Standing opposed remains Russia and Iran. Ankara's concern is that should the military disintegrate in its entirety as what happened in Iraq, then it may take an extended period of time to establish stability in Syria.

Turkey and the United States are in favor of a transitional government with broad participation including representatives from the Baath regime that have not been involved with the violence. The model put forth, is based on a formula in which the administration would equally be shared by Baath and opposition members. Due to the slew of attacks in recent weeks however, the opposition has begun to object to this model.

The main issue of contention actually remains to be the question of who will be brought in from the Baath regime that was not involved in the ongoing violence as well as who will be appointed from the opposition. Amongst the scenarios at play is the Transitional Military Council, which will be formed by General Menaf Tlass who switched over to the opposition front last month, taking the reins. However, the Free Syrian Army continues to associate Tlass with a 'playboy' image.

Turkey has clearly expressed to Washington that should mass emigration gain speed in Aleppo and if those escaping to Turkey are fired at, then Turkey will have to establish a buffer zone. However, Ankara would prefer to wait until the last minute before taking action on its own. Another concern for Ankara is the potential of Syria dividing if Assad is killed. While Russia continues to exert pressure for Assad to remain in power, Turkey's preference would be for Assad to step down and go to another country.

Meanwhile, U.S. President Barack Obama has signed a secret order authorizing America's support for rebels seeking to depose Syrian President Bashar al-Assad and his government. Obama's order, known as an "intelligence finding," broadly permits the Central intelligence Agency (CIA) and other U.S. agencies to provide support that could help the rebels oust Assad. What that support would entail was not defined. The order also foresaw the potential working in collaboration from a center run in conjunction with Turkey and other allies.