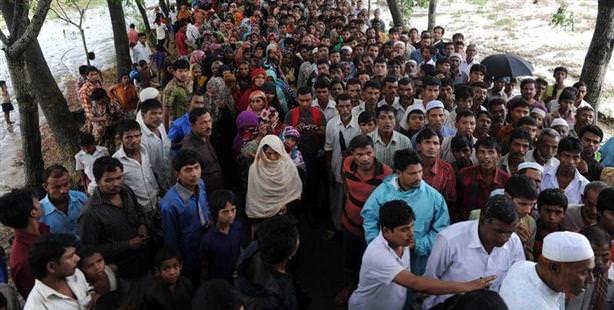 The Directorate of Religious Affairs has initiated a campaign to send charity and alms collected during Ramadan to the Rohingya Muslims from Arakan, Myanmar.

Meanwhile, the Turkish and Bangladeshi Red Crescent organizations have signed a Memorandum of Understanding to send aid to Bangladesh, where Arakan Muslims have been forced to seek shelter.

Those who want to participate in the campaign by contributing 5 TL, can do so by sending an SMS message that reads 'ARAKAN' to 5601 for Turkcell, Avea and Vodafone operators. Donations can also be made on www.diyanetvakfi.org.tr.