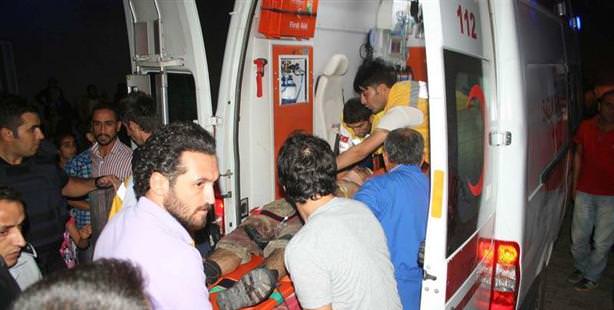 The two military posts the terrorists attacked were in Hakkari province, which borders Iraq and the paramilitary station near the village of Geçimli is just some 20 kilometers (12 miles) from the frontier.

The attack comes some six weeks after a similar raid on a military unit, also in Hakkari province, killed eight soldiers, prompting Turkey's military to send warplanes and attack helicopters to hit terrorist targets inside Iraq.

Near the town of Şemdinli, a 200 km (125 mile) drive from Çukurca, Turkish forces have been battling 200 PKK fighters for about two weeks, and at least two soldiers have been killed. Minister of Interior Affairs İdris Naim Şahin announced on Sunday that 114 terrorists have been killed since July 23rd.

Turkey's leaders condemned the attack, which came during the holy Muslim month of Ramadan, and said the government was determined to keep up the fight against the PKK.

Prime Minister Recep Tayyip Erdoğan called the attack a "dastardly assault" and issued a warning to countries allegedly backing the PKK, saying Turkey was "powerful enough to bring into line enemy-countries who hold the strings of the terror organization. Terrorism is, sooner or later, doomed to lose and to go up in smoke in the face of the people's resolve and determination," Erdoğan said Sunday.