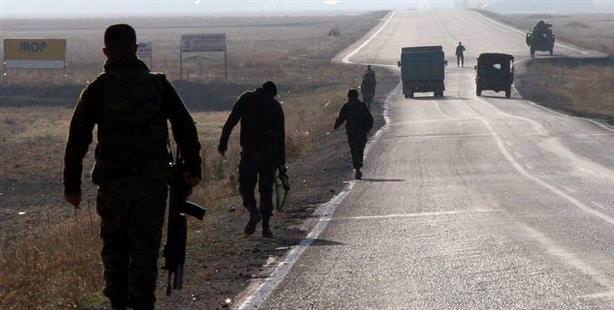 The Turkish Armed Forces has started a major operation in Hakkari following a simultaneous terrorist attack on three military outposts over the weekend which resulted in the deaths of six soldiers and two village guards.

The military has been active in the region over the past two weeks; however this morning as the sun rose, Sikorski helicopter after helicopter took off from Çukurca and Şemdinli. The helicopters are dropping off special troops trained to spend extended periods in the field, while mine-resistant armoured tanks have also been deployed to the region.

A 5.3 magnitude earthquake rocked Şırnak's Uludere district the night before last. Local residents flocked to the streets in panic and fear, however when the sound of firing escalated they then went back inside their homes to seek shelter.

A military outpost located on the skirt of the Kato Mountain was shot at by terrorists using long-barreled weapons. Security forces responded with live fire and combat ensued for approximately half an hour.


Meanwhile, the Kerkük-Yumurtalık pipeline was subjected to a bomb attack in between the Midyat and Şırnak districts. Due to the potential presence of mines, the fire was unable to be extinguished. The flow of petrol was halted and the fire had extinguished by this morning.

The Hakkari Governorship has announced that from July 6th to October 6th, 2012, they will be setting up seven temporary military security zones. They are: İkiyaka, the east of Şırnak/Beytüşşebap and the district center region-Altındağlar, Buzuldağı, the Rejgardağı-Alandüz region, the Balkaya region, Karadağ and the Çağlayan-Pirinçeken region.

This is a translation of an article originally written by Hüseyin Kacar and Necmi Ertuş.