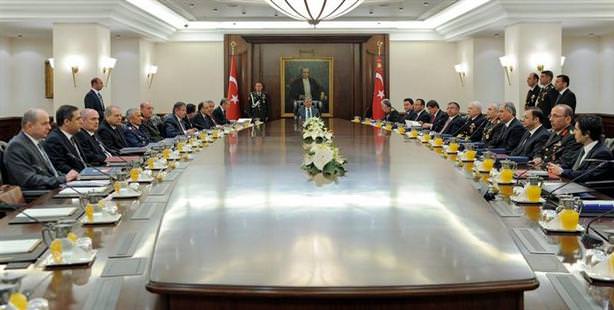 This month’s National Security Council (MGK) meets to discuss Turkey’s ‘cyber’ threats. The meeting, which will include a presentation by Transportation Minister Yıldırım, will be focused on determining Turkey’s road map for dealing with cyber attacks.

The National Security Council will be making cyber attacks their new focus following the recent slew of hacking attempts against state establishments such as the Prime Ministry, National Intelligence Organization (MİT) and the Student Selection and Placement Center (ÖSYM).

Minister of Transportation, Maritime and Communications Binali Yıldırım will be making a presentation at the upcoming council meeting, where members of the nation's security echelon will gather to determine a strategy plan to combat cyber attacks. The Ministry of Transportation and the Turkish Scientific and Technological Research Institute (TÜBİTAK) have also joined forces in order to establish a civilian headquarters entitled the "Cyber Security Center." The intentions of forming this security center are to prevent and intervene in cyber attacks as well as to continuously be engaged in testing the system. According to officials, both TÜBİTAK and the Ministry of Transportation have reached the protocol preparation stage. The same officials state that this unit will be solely in charge of dealing with cyber threats and disseminating information to the related departments. The center will also have experts from the defense industry staging practice drills by trying to bring down the TÜBİTAK system. "Therefore the system will always remain afloat," explain officials.

As part of their ongoing efforts cyber security and fend off cyber attacks, to establish, TÜBİTAK continues to train cyber security analysts as well as continues to conduct drills combating cyber attacks. In addition, TÜBİTAK aims to have trained 1,000 cyber experts over the next year. TÜBİTAK also currently has a "National Computer Attacks Prevention" team. Even though the Ministry of Justice does not have specialized courts devoted to cyber crimes, a number of public prosecutors in Ankara, Istanbul and Izmir have been assigned as 'Informatics prosecutors' and efforts are ongoing to establish designated courts in the aforementioned provinces. The Ministry of Justice is currently training 25 prosecutors on cyber crimes, while a report prepared by the Informatics and Internet Commission will be proposing specialized courts be designated to handle informatics crimes. In addition, there are plans to establish a National Cyber Security Council which will include the Ministries of National Defense, Interior Affairs, Foreign Affairs, Transportation, Maritime and Communications, Science and Industry, Justice, Energy and the Security General Directorate, General Staff, National Intelligence Organization, Banking Regulation and Supervision Agency (BDDK), Capital Markets Board and defense industry firms Aselsan and Havelsan.