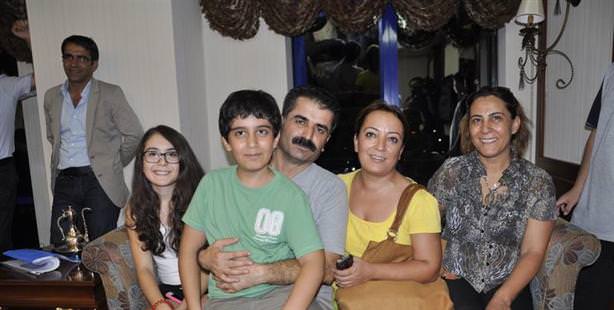 Hüseyin Aygün, the CHP Tunceli Deputy that was kidnapped by the PKK terrorist organization was released in the early evening on Tuesday.

Hüseyin Aygün's surprise abduction over the weekend in the southeast province of Tunceli caused outrage in the country and fears of an escalating campaign of kidnapping and violence.

Aygün's relatives said the politician, a member of the Republican People's Party (CHP), parliament's second-biggest, was now with military police after the rebels brought him through the mountains to within sight of a village, and left him to walk there himself. Aygün was released nearby the Aşağıtorunoba village in Ovacık. From there, the CHP deputy went straight to village gendarmerie station.

Released 48 hours after he was abducted by PKK terrorists, CHP Tunceli Deputy Hüseyin Aygün said it was a "propaganda instigated act."

In his first statement released following his abduction, Aygün stated, "It was a propaganda instigated act. They told me it would be best if I broke off from CHP and conducted politics independently. There was no life-threatening situation. I can't discuss the issue under the shadow of guns. I will talk about it when I can of own free will. They kept me in a forested area and we travelled along the same route and then returned back. My kidnappers said the conflict needs to stop, and told me to be supportive. The fact that they have released other captives is a good start.

Aygün was kidnapped on Sunday evening at approximately 18:30, after terrorists blocked off the road he was travelling on 35 kilometers into the Ovacık highway heading to the Tunceli city center. The PKK terrorist organization's urban wing, the KCK, had announced earlier today that the Tunceli deputy would be released.