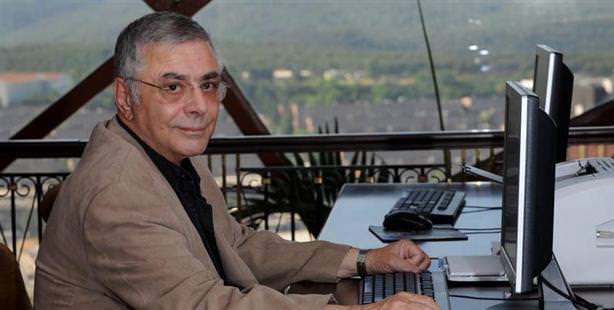 Former head of the National Intelligence Organization, or MİT, Counterterrorism Unit, Mehmet Eymür releases a series of shocking statements: “Turkey is swarming with foreign intelligence agents. Ever since 1950, for the past 50 years Turks have not been in charge of Turkey. With the United States at the forefront, a number of nations including Russia, England and Israel have yet to leave Turkey alone.”

Everyone spoke yet he remained silent. Former head of the MİT Counterterrorism Center Mehmet Eymür (69), has finally decided to break his silence.

Where are the foreign agents fooling around in Turkey?

Agents are primarily in the embassies. However, in short there are foreign agents in every area of life, spanning from the airlines, tour agencies and even newspapers. Russia has a quite widespread cadre when it comes to this.

How do domestic and foreign agents infiltrate into the media?

Turkish journalists are always a target for foreign intelligence agents. That is because the media is important in terms of swaying the public, in other words; to stage a psychological war. The best example of this would be Aydınlık newspaper; however the internet media is also included.

Is there a financial aspect to this?

Yes. Foreign intelligence agencies are able to buy certain people, positions or locations with money. These individuals are then presented as being in an even more influential position in the media.


Will you explain the allegations regarding Aydınlık?

Aydınlık newspaper is not as anti-American as they purport to be. A newspaper that claims that what has been happening in Turkey for years now has been done by the CIA, would have been brought down a long time ago. Why hasn't it been? Normally, an operation conducted by MİT should be applauded by an anti-American press organ. For example, in the past we caught a high-level MİT agent who was working for the states. At that time, Aydınlık released an article which stated that the CIA agents in the MİT's surroundings conducted this operation to rise up a level.

How does the MİT and the CIA work together?

MİT works mostly with the CIA and NATO nations. However, they also work with the intelligence organizations of nations we consider to be enemies. Intelligence meetings are mostly held under the auspice of dealing with organized crime. Intelligence picks up where diplomacy ends.

Are foreign agents also able to enter into strategic establishments?

In the past, there were a number of people in the MİT that worked for the CIA, MOSSAD and the BND. They probably still exist and will in the future.

How do agents begin working for foreign intelligence units?

For example, the CIA is financially a large organization. Let's say you take your child to study in the United States. A number of people already harbor a sympathy for powerful organizations such as the CIA and therefore they volunteer their services.

Did you ever experience an agent incident such as this during your service in MİT?

You were alleged to be working with the CIA. What do you say about that?

What is the reason behind your not returning to Turkey for so many years?

My friends in Turkey suggested that I may be assassinated. It wasn't members from the MİT that made this warning; it was some friends of mine who work for the Armed Forces.

Why is it that intelligence organizations tend to never leave Turkey alone?

Turkey hasn't been run by Turks since the 1950's. This went on for 50 years. Turkey, which is located in the most critical place in the world, has never been left alone by other nations and especially the United States, but also Russia, Germany, England and Israel to name a few. Therefore, they have influenced who runs Turkey and in fact were the ones to nominate those individuals.

This is a translation of an article originally written by Mevlüt Yüksel.