An exclusive interview with Maliki 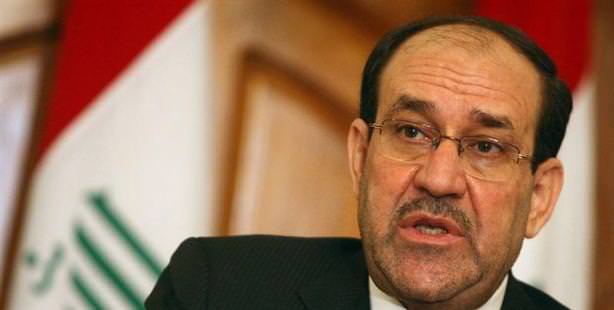 The Iraqi Prime Minister made a number of important statements regarding the development of tense relations with Turkey. The following are a series of excerpts from A Haber's exclusive interview with Maliki:

"I WAS SHOCKED BY DAVUTOĞLU'S VISIT"
"Kirkuk is a region that has a very special situation. As you know, the Kurds, Turks and Arabs are all talking about Kirkuk. Nothing can be solved with one power's intervention, including Kirkuk. It can only be solved through togetherness. We formed a research committee in regards to Davutoğlu's visit. We do not want to open up Kirkuk to everyone's intervention. I was shocked when I heard about the Kirkuk visit, I was not informed. Turkey's stance was not transparent on this very sensitive issue. As a result, a new issue has been added on to the issues already existent."

"Turkey is a nation with a strong military, economy and politics. Turkey focused all of its efforts on becoming a member of the EU. Turkey opened its doors all the way for the EU. Turkey announced a zero-problem policy with its neighbors. However, the issue of ethnic discrimination is very sensitive."

"The fire in Syria will grow. We need to reassess our relationship in terms of joint relations."

"Turkey opens its arms to an individual wanted by Interpol. Not only does Turkey provide Hashimi shelter, but it also allows him to release political statements. "

"We do not want to experience problems with any nation, not just Turkey. However, this necessitates joint intentions. When I say we need to reassess relations, I do not mean the deterioration of relations; I mean to strengthen them further."
"The borders are federal borders, not regional borders. The Northern Iraq administration may open their borders; however they need to do so with the central administration's permission. If Turkey has this sort of intention, then they should come and talk to us. Borders and airports, these are all under the central administration's jurisdiction."
"THE SYRIAN REGIME WILL BE BROUGHT DOWN WITHIN TWO YEARS"

"The internal balance in Syria is sensitive. I have said that the Syria issue should not be handled from a sectarian standpoint. I also said the regime in Syria will be brought down in two years' time. However, the conflict is increasingly intensifying and people are dying. It's tough to bring down the regime in Syria with violence. Our stance when it comes to Syria is that we are in an impartial position. The Al Qaeda, which has been harbored in Syria has revived and begun to stage terrorist attacks. This is the reason that we have positioned our police and security forces in Syria."