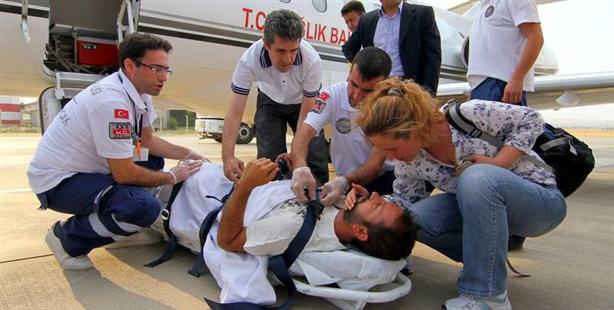 A radical group of extremists took two journalists from England and Holland hostage in Syria and Turkey’s National Intelligence Organization came in to rescue them.

When the two photojournalists from England and Holland went missing, both nations called on Turkey for help. MİT, or Turkey's National Intelligence Organization, responded immediately, staging a painstakingly precise operation to free the two journalists.

MİT has staged a number of similar operations, most recently being one reminiscent of an action film, when the organization swooped in to save Turkish journalist Sinan Gül, who was shot at by a sniper in Syria. Turkey's National Intelligence Organization has similarly saved a total of six foreign correspondents in recent months.

On July 19th, all communication was lost with British journalist John Henry Cantlie and his Dutch colleague Jeroen Oerlemans, after which officials from both nations called on Turkey for assistance.

MİT uncovered that the two journalists were being held by a group of extremists. Just a week after their abduction, on July 26th, Turkey's Intelligence Organization rescued the journalists.
Cantlie describes the ordeal by stating, "There were members of the group that kidnapped us that were from the Caucasus. It was a 40-member camp and there were four of them that spoke excellent English with a British accent."