Gül expresses his discomfort with Syria 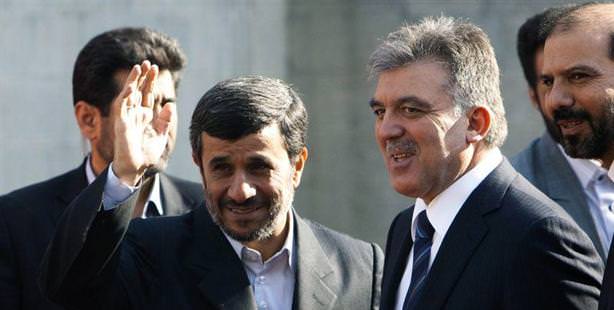 President Abdullah Gül had the opportunity to meet one on one with Iranian President Mahmoud Ahmadinejad at the OIC meeting in Mecca.

According to the information obtained, President Gül shared with Ahmadinejad his concern for what is transpiring in Syria and his discomfort with Iran's stance.

During the meeting the statement made by Iranian Chief of Staff Hasan Firouzabadi in which he stated that Turkey would be next, was also brought up in the meeting. While Gül relayed his concern to his Iranian counterpart, Ahmadinejad stated "This announcement does not reflect our official view. We have issued the necessary warning to those responsible for the announcement."

Firouzabadi backpedals from his words against Turkey

Meanwhile, Iran's Chief of Staff Hasan Firouzabadi appears to be backpedaling from earlier statements in which he held Turkey, Saudi Arabia and Qatar responsible for what is happening in Syria, stating "Turkey will be next." Explaining that Iran shares a long history with Turkey, Firouzabadi says that Turkey and Iran are friends. The Chief of Staff recently released a statement for Ramadan in which he said, "I send greetings to my brothers in Turkey, Qatar and Saudi Arabia. I am proud of them for sharing our joint Muslim values," stated Firouzabadi.