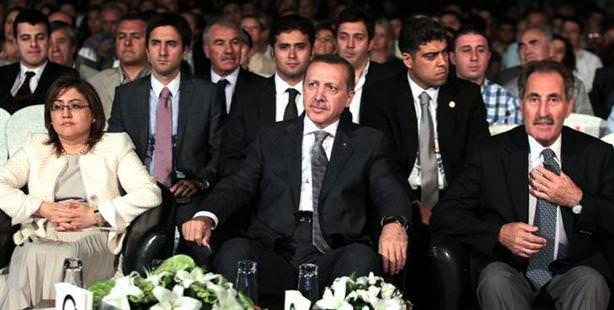 In a message released for the Ramadan Bayram (Eid ul-Fitr) which begins on Sunday, Prime Minister Recep Tayyip Erdoğan drew attention to the increase in terrorism and stated that this holiday, also known as the ‘Bayram of Sweets’ was bittersweet this year due to the bloodshed in Syria and Myanmar.

Prime Minister Recep Tayyip Erdoğan stated that holidays have always been an occasion in which sentiments of friendship and brotherhood, extending help and solidarity are at their highest. Expressing that these holidays have always been days that have given us the strongest sense of spirit and prosperity, Erdoğan went on to state, "We are members of a religion and nation based in extremely strong tradition and cultural habits. From the past to today, we have lived as brothers in unity and solidarity. We made Anatolia our homeland. Our biggest security against the various societal issues and problems such as terrorism is our strength in brotherhood, unity and solidarity. I believe that holidays in which the impoverished are guarded and our neighbors and relatives are not forgotten will contribute to strengthen societal ties."

Erdoğan also drew attention to the recent increase in terrorism activity and stated that the violence in Myanmar and Syria overshadows this holiday. Erdoğan went on to express that his greatest wish was for terrorism, which affects peace and security and obstructs Turkey's further strengthening and development and the bloodshed transpiring in a number of places throughout the world needs to come to an immediate end.

Erdoğan also drew attention to the increase in traffic accidents during the holiday season and stated, "Unfortunately, the traffic accidents suffered during holidays not only tears apart our hearts but can also result in loss of life and property. I hope that during this holiday everyone will pay close attention to following traffic laws and will be even more aware than usual in order to ensure there are no accidents. Once again, I want to remember with benediction those martyrs we have lost in atrocious terrorist attacks and I wish health and well-being for our veterans. I want to offer my most sincere wishes for a blessed Ramadan Bayram to the Islamic world and our nation," stated Erdoğan.