With the domestic RASAT, Turkey gains strength in aerospace efforts 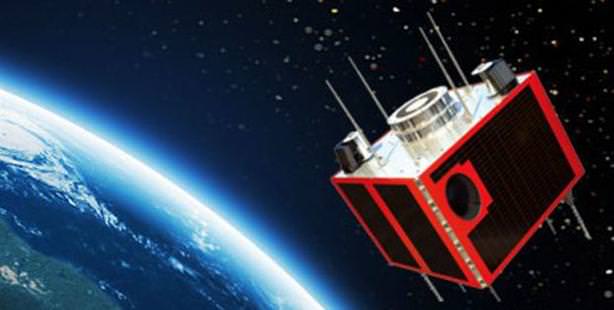 RASAT, Turkey’s first national remote sensing satellite has created a two dimensional map of Turkey with the 1,200 images it has sent transferred. In the works: a three-dimensional world map.

Turkey's first national remote sensing satellite RASAT has successfully completed a year in space after being launched on August 7th, 2011. The RASAT, which is capable of obtaining images from all over the world and already having sent a number of photographs in its first year alone, is now beginning to create a two-dimensional map of Turkey. Designed by the TÜBİTAK Space Institute using domestic resources, the RASAT has been operating in space for over a year now. With the capability of capturing imagery in 7.5 meter resolution, the RASAT sends the images captured to the base station located on the METU campus in the capital.

The RASAT is fast approaching completion of a two-dimensional Turkey map, which will be completed with 1,200 images by the end of this year. Also by the end of this year, TÜBİTAK SPACE will be sharing Turkey's two-dimensional imagery with all public establishments and institutions that necessitate this form of imagery. The institute is currently working on establishing collaboration protocol with establishments such as the State Water Works General Directorate and the Mineral Research and Exploration General Directorate.

After completion of the RASAT's two-dimensional mapping efforts, next year the three-dimensional land models of Turkey's imagery will also be utilized. With the development of a domestic software platform and a web-based interface users will be able to see and download instantaneous images as well as order current images. As a result with Turkey's RASAT satellite technology, external dependence, especially when it comes to data collection regarding other nations, will have been brought down to a minimum.

Therefore, "Rasat Earth" will soon be a contender for the global giant Google Earth.

Although up until now, the RASAT has solely been used to obtain domestic imagery with the aid of planes in order to establish a land model, the RASAT is actually capable of obtaining imagery from anywhere in the world. Soon, Turkey will have the capability to create a three-dimensional land model of anywhere in the globe, thanks to the RASAT