UN can no longer remain silent on Syria, says Davutoğlu 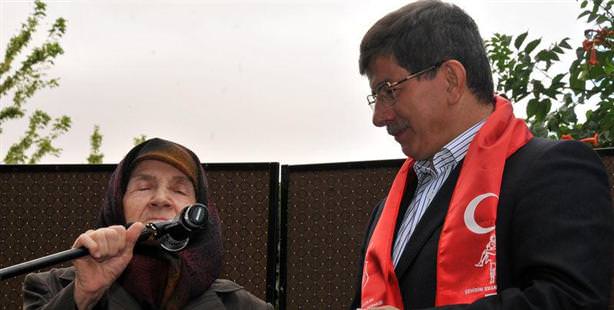 Foreign Affairs Minister Ahmet Davutoğlu says the situation in Syria is no longer an internal affair as the crisis now constitutes a security risk for neighboring countries and called on the UN “to intervene in accordance with its mission.”

Davutoğlu attended a breakfast in Konya with veterans and families of soldiers who were killed in the line of duty. After the event, Davutoğlu responded to questions from the press. When one journalist asked what sort of measures Turkey plans to take should the number of refugees fleeing violence in Syria surpass 100,000, Davutoğlu responded by stating, that no matter what the figure is Turkey is ready to help those fleeing Syria, however in terms of preparing for an influx reaching that figure, then they may need to make new arrangements in terms of capacity.

Davutoğlu went on to state that in certain crises, the numbers of refugees tends to have certain psychological effects and results, and noted: ''When the number of refugees is in the thousands or even the tens of thousands then one can say 'there is tension or internal strife in that nation'. However, when that figure surpasses a hundred thousand, then the situation is no longer simply an influx of refugees it instead turns into a mass emigration. When in 1991 over 500,000 of our Kurdish-rooted brothers were forced to seek shelter in Turkey due to Saddam's use of chemical warfare, the entire world was in upheaval.
The situation in Syria now would also no longer be simply defined as tension, if figures reach the hundred thousand, it would instead become a drama of humanity which is a situation the United Nations would have to intervene in.

We will always help our Syrian brothers, however as the numbers rise, it is no longer simply a situation involving tension, but instead becomes a crime of humanity, a humanitarian drama. If hundreds of people are forced to move then the situation can no longer be considered a regional crisis, it should instead be considered an international crisis," said Davutoğlu.

The Foreign Minister also mentioned that he would be bringing up the issue at the UN Security Council Meeting on August 30th, and said, "It is now time we change nations' perspectives on Syria.
''The UN would lose its own meaning and mission"

Stating that the situation in Syria is no longer an internal affair, Foreign Affairs Minister Ahmet Davutoğlu said, "This situation now constitutes a security risk for neighboring countries. We are expecting the UN to intervene in accordance with its mission."

When journalists asked, "If the UN does not take the expected actions then what will your stance be?" Davutoğlu responded by stating, 'If the UN refrains from taking the actions expected, it will have lost all meaning in its mission. If hundreds of thousands are experiencing a humanitarian drama, then the existence of the UN may be up for debate. During the Bosnia-Herzegovina massacre, the UN lost major esteem. If a massacre transpires once again right in front of the UN and it remains silent, well then we would have the right to question the mission's credibility."

A letter from Russia's Foreign Minister

Davutoğlu also responded to a question regarding a letter penned by Russia's Foreign Affairs Minister, in which he stated the following: 'Yes, he sent me a letter. He informed me of his intentions to act together and ensure the mobilization of the action group established in Geneva. We feel positively regarding all forms of international incentives. We said 'Yes' to the consensus reached in Geneva. However, the agreement on establishing a transitional government in Syria has not been implemented since Kofi Annan's resignation. We are prepared to make a positive contribution to all of these processes. We are expecting the UN to intervene and our friends and neighbor nation Russia to show sensitivity on this matter as this great drama transpires, causing significant losses of life even during the Bayram."