Support comes in from home and abroad for PKK terrorism 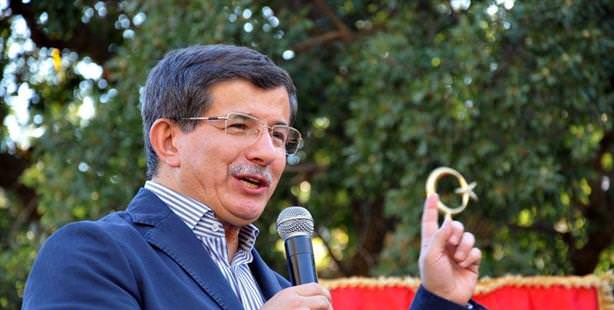 Speaking to the press from Konya, Foreign Affairs Minister Ahmet Davutoğlu condemned the terrorist attack in Gaziantep, which he said has transformed the holiday spirit into great sadness.

Noting that this was a period of time in which everyone needs to learn a serious lesson, Davutoğlu stated, "Those who still make excuses for this terrorist organization which pays no heed to human life or the lives of civilians, children and women during this holiday, and those who continue to fight for the organization will be convicted by our public, the wisdom, perception and conscience of 75 million Turks, Kurds, Sunnis and Alevis."

IT IS NOT CLEAR YET

In regards to allegations that Syria's intelligence organization may have had a hand in the Gaziantep attack, Davutoğlu stated, "We will be looking into the behind the scenes aspects of this attack. However, in terms of similarities and parallels, the method by Bashar Assad's murderous gangs to kill 200 people in one day in complete disregard of what is sacred and the fact that it is an official holiday in Syria does parallel in method and mentality the terrorist organization's attack which targeted civilizations. If there is any connection in causality then this will be looked into thoroughly. There is no clear picture as of yet. We will be conducting our investigation and presenting the results," stated Davutoğlu .

Asked to comment on allegations of security issues at the Syrian refugee camp in Kilis, Davutoğlu responded by stating, "This is all a result of the developments in Syria. This is also speculation surfaced by those who are trying to throw around the notion that Turkey is responsible.

THERE ARE BOTH INTERNAL AND EXTERNAL CONNECTIONS

While inspecting the area of the explosion, Interior Minister İdris Naim Şahin stated, "The fact that the PKK has not claimed responsibility for the attack, does not mean they didn't do it. Their connections are both internal and external. The priority is securing the unity and solidarity of our nation. Of course there are points being fed from the outside. While calling it a Turkish issue, I also want to express that the presence of external connections and support coming in from abroad should be well known now.

AK Party Vice-Chairman Ömer Çelik announced on Twitter," This Shabiha-style attack shows that the PKK is now also staging a war against Kurds. With this attack, the PKK aims to ignite reactions on the street towards our Kurdish citizens. What the PKK did in Antep is the same as whatever Assad's Shabiha does in Syria. The PKK set off stating, 'I am going to start a revolutionary public war,' however unable to find public support they have now begun attacking the civilian public," stated Çelik.