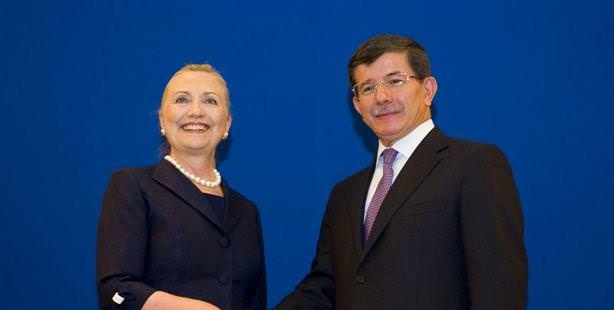 A delegation from the U.S. State Department will be arriving in Istanbul on Wednesday to begin a first round of talks with the Turkish government geared towards coordinating increased help for the Syrian opposition.

This visit is the first to take place within the framework of an agreement reached between Turkey and the United States on taking joint action on the situation in Syria, a decision which was reached during U.S. Secretary of State Hillary Clinton's trip to Turkey on August 11th. The delegation, led by Acting Assistant Secretary Beth Jones also includes representatives from the Ministry of Defense and the U.S. Intelligence Organization.

U.S. Secretary of State Hilary Clinton said on Aug. 11 that Washington and Turkey were looking at all measures to help the insurgents, including a no-fly zone. Clinton had told reporters after talks with Turkish Foreign Minister Ahmet Davutoğlu that their countries needed to get into detailed operational planning on how to assist the rebels and bring a halt to the violence. Asked if discussions included options such as imposing a no-fly zone over territory that Syrian rebels claim to control, Clinton indicated that was a possible option.

The 'operational mechanism' on Syria which came into being during Clinton's visit earlier this month is part of the Obama administration's efforts to promote a transition to democracy in Syria through interactions with countries of the same mindset and increased interactions with the Syrian opposition. During this first meeting, the U.S. delegation, led by Elizabeth Jones will broach the issue of increasing operational planning with the Turks and possibly establishing a no-fly zone. The meeting will be held at the Turkish Foreign Ministry in the capital Ankara on Wednesday and will be closed to the press.

State Department Spokeswoman Victoria Nuland mentioned tomorrow's meeting on Tuesday, by stating, "Remember what the secretary committed to when she was in Istanbul, which was an interagency conversation, U.S. and Turkey sitting down together to share the operational picture, to talk about the effectiveness of what we're doing now, and about what more we can do," State Department Spokeswoman Victoria Nuland said Tuesday. "This is a bilateral conversation across the interagency. Our position on this one hasn't changed. We are providing nonlethal assistance to the Syrian opposition... but also, increasingly, training for those future leaders of the NGO sector, some of the types of groups that the secretary met with when she was in Istanbul," Nuland said.