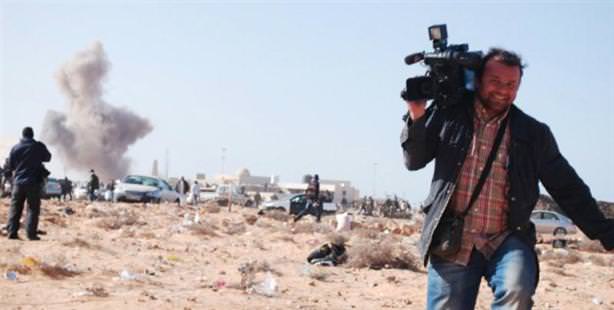 A Turkish cameraman for the Al Hurra television station Cüneyt Ünal and his colleague Bashar Fahmi, who were covering the developments in Aleppo, have been missing since Monday morning.

It was that very morning that Cüneyt Ünal last called his wife Nuran Ünal to tell her not to worry if she couldn't reach him. The most current information received by the cameraman's family is that his colleague correspondent Bashar Fahmi has been shot in the shoulder and that Ünal was not wounded however couldn't escape due to the injury suffered by his colleague.

Ünal's friends and family say they weren't necessarily worried until they heard news coming in through social media after which they became quite concerned.

The Foreign Affairs Ministry is also closely following the situation, as they have a personal connection to Cüneyt Ünal who worked alongside Osman Sert, who is currently Foreign Minister Ahmet Davutoglu's Chief Advisor, in Jerusalem for a long time.

Officials at Al Hurra state that their correspondent and cameraman are alive however they are being held hostage. Al Hurra television correspondent Bashar Fahmi, who went missing along with colleague Cüneyt Ünal, is married to a Turk and they have two children, who are waiting to hear good news come in from Syria.